Delhi Metro Pink Line - which will be extended from Majlis Park to Maujpur, covering a distance of approximately 70 km, will become the longest single metro corridor in the country. 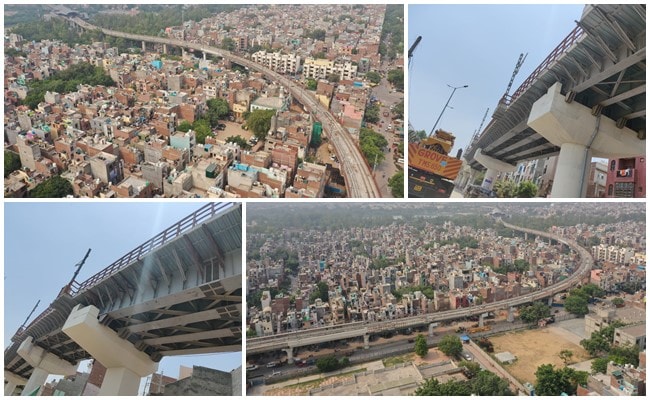 Delhi Metro authorities completed the civil work on the Pink Line's 'missing' section - between Mayur Vihar Pocket 1- Trilokpuri Sanjay Lake, by installing steel girders, instead of concrete girders, for joining the two ends of the Pink Line corridor, resulting in a single metro stretch between the 58.6-km Majlis Park to Shiv Vihar. This metro corridor - which will be extended from Majlis Park to Maujpur under the Delhi Metro Phase – IV project, covering a distance of approximately 70 km, will become the longest single metro corridor in the country.

A senior metro official told NDTV that the construction work on the missing link between Mayur Vihar Pocket 1- Trilokpuri Sanjay Lake got delayed due to land acquisition and rehabilitation issues. ​An encumbrance-free land was unavailable in this area, and metro authorities acquired the required land following the due process of law. The houses and residents affected due to the metro line were rehabilitated, after which DRMC began the construction work.

The construction or civil work started on this metro stretch in early 2020, however, the pace was repeatedly hindered due to the COVID-19 induced lockdowns. The steel girders varying between 16 to 38 metres in length were installed and the casting of the deck slab was completed in April 2021, just before the second wave of the pandemic.

Metro authorities used steel girders instead of the conventional concrete girders as the construction of the concrete ones would have required the establishment of a casting yard. Setting up a casting yard would not have been feasible for a small stretch in a short period of time. Due to this reason, steel girders were installed on the section.

Delhi Metro Pink Line: By when will it operate as a single corridor?

The civil work between the Mayur Vihar Pocket – 1 and Trilokpuri Sanjay Lake stretch is completed and track laying and other ancillary works have started. The overhead electrification (OHE) work on the stretch is also under progress.

The track laying work is expected to be completed by the end of this month and preliminary trials are then expected to start. The section will be operational for services immediately after receiving the mandatory clearances from concerned authorities. A DMRC official told NDTV that the entire process is likely to take around two-three months.

Delhi Metro Pink Line: How will it benefit commuters?

Once the construction between Mayur Vihar Pocket 1- Trilokpuri Sanjay Lake is completed, it will connect the two ends of the Pink Line and will provide straight connectivity to far-flung localities in the national capital region (NCR).

Moreover, after the completion of the Delhi Metro Phase IV - which will make the Pink Line the longest operational metro corridor in India, it will also become the only ring corridor of metro in the country, according to DMRC.

Indian Railways To Deliver Projects Worth Rs 1,15,000 Crore: All You Need To Know