After withdrawing the personal data protection bill, hopeful of getting a new legislation passed by the Budget session, Ashwini Vaishnaw said. 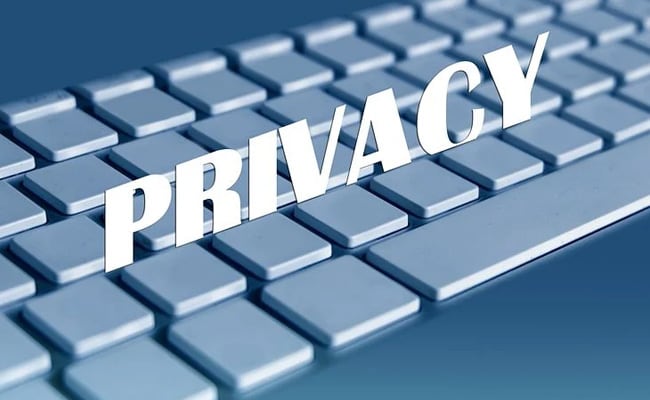 After withdrawing the personal data protection bill, the government is hopeful of getting new legislation passed by the next Budget session of Parliament, Union minister Ashwini Vaishnaw has said.

Mr Vaishnaw told PTI that the joint committee gave a very good report in which they have recommended 81 amendments in a Bill of 99 sections.

"Over and above that, there are 12 more major recommendations. So with this as background, there was no way but to put a new draft.

"Without compromising with any of the principles of privacy or with the SC judgement... we have prepared a new draft. We have completed the Parliament's process today, and we will take the new draft through the approval process very soon. Very soon, hopefully by the Budget session, we should be able to get a new law passed," Mr Vaishnaw said.

Minister of State for Electronics and IT Rajeev Chandrasekhar said the government would develop a comprehensive framework covering all aspects of the digital economy with dedicated rules for data privacy, emerging technologies, and data governance framework.

According to sources, the next version of the bill, along with the IT Act amendment, a national data governance framework etc., will be placed in Parliament to address all issues of the IT sector, including data privacy.

Chandrasekhar said the version of the bill tabled by the Joint Committee of Parliament (JCP) had covered wide issues which required to be addressed under various rules and were not specific to data privacy.

The bill was withdrawn after Cabinet approval.

Chandrasekhar said the JCP report identified many issues and challenges that are part of the contemporary issues with digital ecosystems.

"Those are obviously issues that fall outside the domain of privacy and clearly catalyze the need for a thought process with the government. We need a much more comprehensive look at all of the elements of jurisprudence, laws, rules and framework that are important to the continuing growth of the innovation ecosystem and the digital economy," the Minister said.

The JCP version of the bill delved into various aspects, including significant social media intermediaries, personal and non-personal data, trusted hardware etc., which fall under the ambit of different laws and jurisdictions.

"Essentially, the decision today was we withdraw this very quickly, go back with a framework of new laws, but a comprehensive framework of laws will be introduced to address all the concerns," Mr Chandrasekhar said.

The government will now simultaneously work on the IT Act amendment, data protection, national data governance framework, cyber security etc., and table them in Parliament.

IT industry players who have been critical of the data protection bill have appreciated the government's move to withdraw the bill and sought participation in the consultation process of the new draft.

Around a dozen industry bodies had written to Mr Vaishnaw that implementation of the proposed Data Protection Bill, as recommended by the Parliamentary panel, will significantly degrade India's business environment and reduce foreign investment inflows.

In a February regulatory filing, Meta said that proposed data protection bills in countries such as India could increase the cost and complexity of delivering its services.

"New legislation or regulatory decisions that restrict our ability to collect and use information about minors may also result in limitations on our advertising services or our ability to offer products and services to minors in certain jurisdictions," it had said.

Internet Freedom Foundation (IFF) said the bill had been withdrawn after four years of deliberation.
"We are cautiously watching these developments & hope the Ministry will use this opportunity to address the numerous criticisms of the bill made by various stakeholders during the consultation process," IFF said.