FTX Chief told employees he was exploring all options for his firm after a deal with cryptocurrency exchange Binance collapsed on Wednesday. 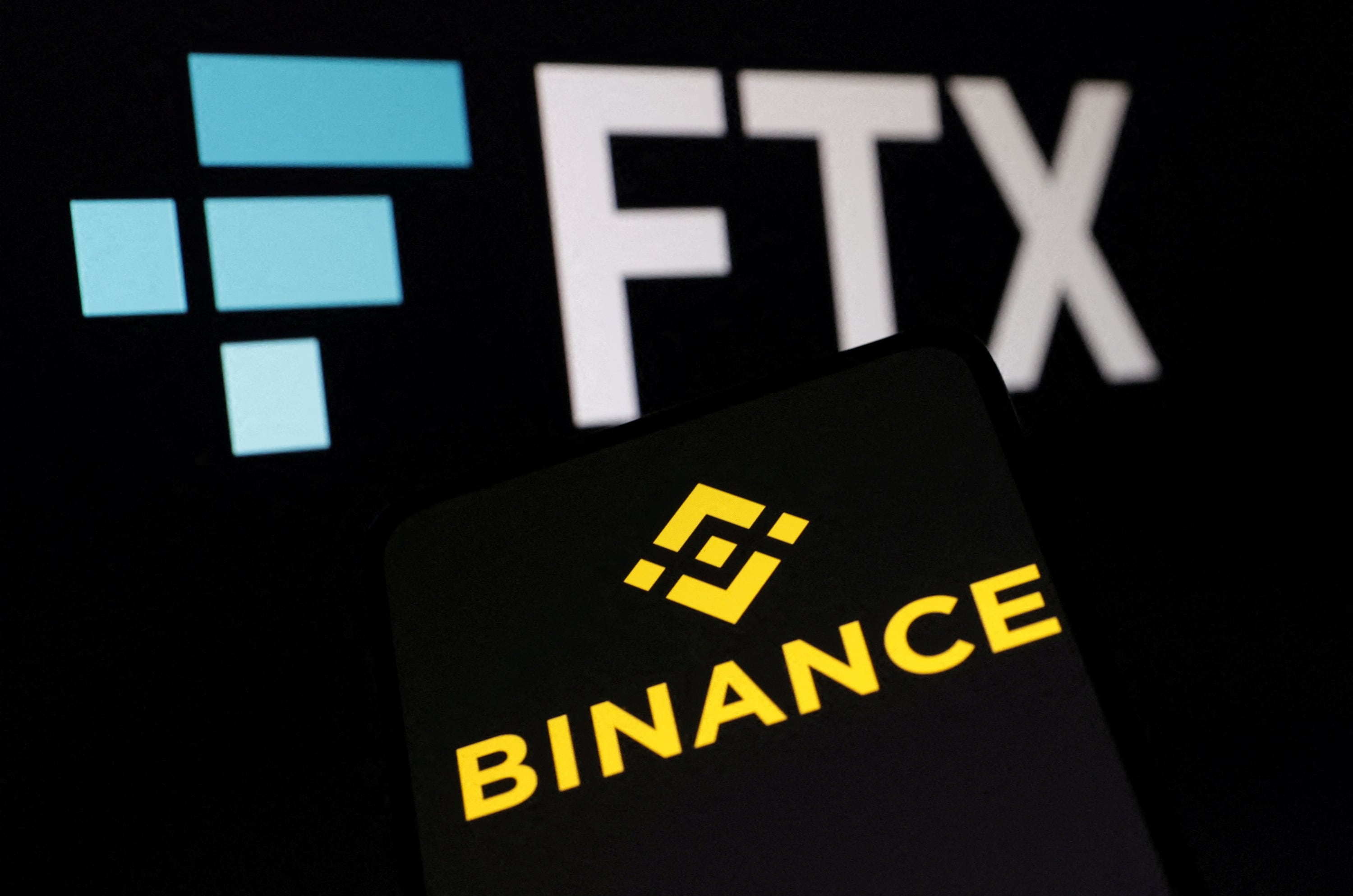 FTX Chief Executive Officer Sam Bankman-Fried told employees he was exploring all options for his firm after a deal with cryptocurrency exchange Binance collapsed on Wednesday.

The proposed deal between Bankman-Fried and rival Binance Chief Executive Officer Changpeng Zhao of Binance had been the latest emergency rescue in the world of cryptocurrencies this year, as investors pulled out from riskier assets in the wake of rising interest rates. The cryptocurrency market has fallen by about two-thirds from its peak to $1.07 trillion.

"As a result of corporate due diligence, as well as the latest news reports regarding mishandled customer funds and alleged U.S. agency investigations, we have decided that we will not pursue the potential acquisition of FTX.com," Binance said in a statement on Wednesday.

It leaves Bankman-Fried, 30, who had previously been throwing lifelines to other faltering digital asset platforms, with dwindling options himself.

"I'm working, as quickly as I can, on next steps here. I wish I could give you all more clarity than I can," said Bankman-Fried, who is from California but lives in the Bahamas where FTX is based, in a message to FTX employees seen by Reuters.

Bankman-Fried, whose wealth was estimated at $17 billion as of September according to Forbes, had made billions arbitraging cryptocurrency prices in Asia beginning in 2017 before heading FTX.

Bankman-Fried said in the staff message his goals were to protect customers and provide any help he could for staff and investors.

"I'll keep fighting for those (goals), as best as I can, as long as it's correct for me to. I'm exploring all the options."

Bankman-Fried also told employees that Binance had not previously expressed reservations about the deal.

"I'm deeply sorry that we got into this place, and for my role in it," he wrote. "That's on me, and me alone, and it sucks, and I'm sorry, not that it makes it any better."

In a later message to staff, seen by Reuters and sent around 6pm Eastern Time (2300 GMT Wednesday), Bankman-Fried said: "I will post many more updates tonight, I promise."

A representative for FTX did not immediately respond to a request for comment.

FTX.com is also facing scrutiny from U.S. regulators over its handling of customer funds, as well as its crypto-lending activities. The U.S. Securities and Exchange Commission is investigating crypto exchange FTX.com's handling of customer funds amid a liquidity crunch, as well its crypto-lending activities, a source with knowledge of the inquiry said on Wednesday. Bloomberg first reported the probe.

Bloomberg also reported that the Department of Justice (DOJ) is looking into the turmoil and officials are working with SEC. A DOJ spokesperson declined to comment on the Bloomberg report.

FTX's woes are the latest sign of trouble in the fast-moving world of cryptocurrencies where prices have slumped this year as a broader downturn in financial markets prompted investors to ditch riskier assets.

FTT, the smaller token tied to FTX, was down a further 67%, after collapsing 72% on Tuesday.

Investors in FTX have been hurt by the turmoil. Sequoia Capital said while its exposure to FTX is limited, it marked its investment down to zero.

"It has been a truly a devastating year for the industry," said Ryan Wong, a senior researcher at crypto exchange Huobi. Wong said the turmoil in the industry would "lead to massive distrust from the public towards centralized establishments."

Speculation about FTX's financial health that started over the weekend snowballed into $6 billion of withdrawals in the 72 hours before Tuesday morning. Binance revealed a proposal to acquire the rival exchange's non-U.S. assets on Tuesday.

The deal to cover a "liquidity crunch" was non-binding and subject to further due diligence, leading some investors and analysts to question if it would go ahead.

The Wall Street Journal reported on Wednesday that Bankman-Fried told investors he needs emergency funding to cover up to $8 billion of withdrawal requests, citing sources familiar with the situation. FTX did not immediately respond to a request for comment.

Zhao earlier on Wednesday tweeted a letter to staff that there was no "master plan" behind the deal and that "FTX going down is not good for anyone in the industry" and is not a win.

Zhao also urged investors not to trade FTT tokens and to ignore the prices.

Binance had not been the only possible partner sought. Prior to the Binance proposed deal, Bankman-Fried approached cryptocurrency exchange OKX on Monday morning about a deal, but the exchange declined to move forward.

Behind FTX's Downfall: A Battle of The Billionaires And A Failed Bid To Save Crypto