Later this year, the newest Verifone terminals will start accepting payments for U.S. merchants from a range of cryptocurrency wallets and tokens 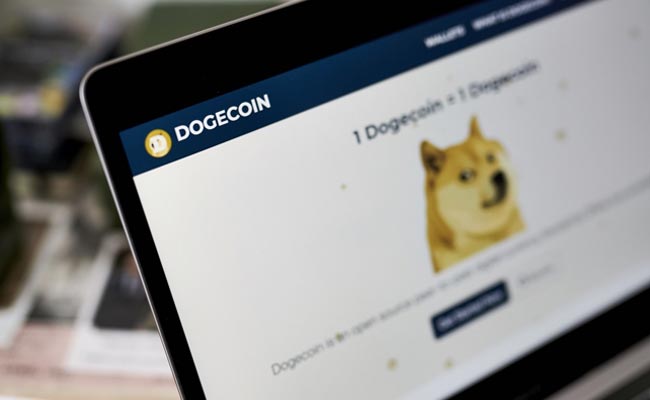 How about paying for your Taco Bell order with Dogecoin? Or some of Whole Food's avocado ice cream with Bitcoin.

That's the goal of a new partnership between crypto payment processor BitPay Inc. and Verifone Inc., one of the world's largest providers of those little machines you use to pay via a credit card or Venmo at a checkout line.

Later this year, the newest Verifone terminals will start accepting payments for U.S. merchants from a range of cryptocurrency wallets and tokens, the companies said in a statement Tuesday. Terms of the agreement weren't disclosed.

Widespread use of tokens for purchases has been a goal that has long eluded the crypto industry, with most users focusing on speculation and merchants scared off by the price volatility of the digital assets. BitPay said it will provide greater protection from price swings since the funds will be settled promptly into the merchant's bank account in traditional currency once a transaction is completed.

BitPay already processes more than 60,000 transactions a month, more than half of them in Bitcoin, according to the company. By comparison, Visa Inc. handles an average of 150 million transactions a day.

“We just want to give consumers options,” Mike Pulli, chief executive officer of Verifone, said in an interview. “If they decide to buy a pizza with Visa or AmEx or crypto, we don't care. We just want to give them the flexibility to pay the way they want to.”

Today, spending crypto can be a headache: In the worst-case scenario, a customer may need to move coins to an exchange, sell them, then move money into a bank account to spend. Some people use their crypto money to buy gift cards. Others are signing up for debit cards offered by the likes of Coinbase Global Inc., which lets them use crypto anywhere Visa is accepted.

Merchants are lining up for the product, Pulli said.

“There's a very nice backlog of them,” he said. “There's lots and lots and lots of interest. I think our phones will be ringing off the hook” once the capability is more widely known of.

While the companies didn't say which merchants will be included, some brands that Verifone works with already include American Eagle Outfitters, Macy's, Williams Sonoma, Taco Bell and Whole Foods.
Verifone and Atlanta-based BitPay didn't disclose how long their exclusive partnership will last. Verifone has an option to invest in BitPay as well, the company said. BitPay has raised more than $70 million in funding from investors including Founders Fund and Virgin Group.

Verifone, which was taken private by Francisco Partners in 2018, is not planning to go public again any time soon, Pulli said.

“We've always felt it was a matter of time before people had an expectation they could pay with crypto as they pay with Mastercard and Visa,” Stephen Pair, CEO of BitPay, said in an interview. “This development will accelerate that. Consumers are going to just expect that to be an option.”