The Tesla website states that Dogecoin can be used to buy items such as Cyberwhistle, Giga Texas Belt Buckle and Cyberquad for Kids 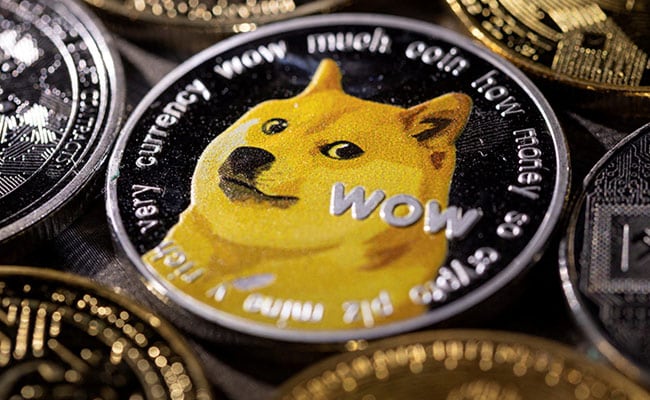 With a market cap of $25.2 billion, Dogecoin is the 11th most valuable cryptocurrency.

Elon Musk has proved time and again that his tweets can affect the cryptocurrency market in many ways. The billionaire proved it once again. This time he tweeted about Dogecoin. Musk wrote, “Tesla merch buyable with Dogecoin.” The Tesla CEO's remark has sparked great speculation among Dogecoin fans. The value of Dogecoin, too, surged nearly 20 percent after Musk's tweet. It was also included as a payment option on the Tesla website. With a market cap of $25.2 billion, Dogecoin is the 11th most valuable cryptocurrency.

According to the Tesla website, the Dogecoin could be used to purchase items such as the Cyberwhistle, Giga Texas Belt Buckle and Cyberquad for Kids.

At the time of writing the report, Dogecoin was trading at Rs 15.63. For live prices of Dogecoin, click here. Many people also showed their delight after Musk's tweet went viral.

Dogecoin co-creator Billy Markus was one of those who tweeted his approval of the move.

The official Twitter handle of cryptocurrency exchange also posted a tweet in which a Doge was pictured riding in a Tesla vehicle.

One user reacted to the tweet by writing about the institutional adoption of Dogecoin.

TESLA ACCEPTING #DOGECOIN IS HUGE!!!!!! Thank you Elon! We are live right now on YouTube covering this: https://t.co/bBY5IKsVee

Wallace also added in another tweet, “Dogecoin to the moon!”

However, a few users were sceptical about Elon Musk's intentions behind this sudden move.

One user felt that people needed to be “careful” because in the past, after such a tweet, the value of Dogecoin rose. The user added that now since Dogecoin's graph was fluctuating, Musk may try to sell his holdings.

In the past, after this kind of tweet, the dogecoin would be at least 5x, now the graph goes up and down, he might try to sell his dogecoins???? be careful!

Another user, too, tweeted on similar lines.

A user tried placing an order with Tesla and tweeted, “Thank you Elon! This is an incredible initiative and the perfect way to encourage practical cryptocurrency use.”

Thank you Elon! This is an incredible initiative and the perfect way to encourage practical #cryptocurrency use

I just bought a Giga Texas Belt Buckle with #DOGE!

Wondering, will Tesla HODL the #Dogecoin it acquires? Will it stay as $DOGE on the balance sheet? To the moon! pic.twitter.com/I8wOJzYWl2

Earlier, in December, Musk had tweeted that Tesla would accept Dogecoin as a mode of payment for merchandise.

For the most part of 2021, Elon Musk's tweets about Dogecoin, in which he referred to the cryptocurrency as “people's crypto”, skyrocketed its value manifold.