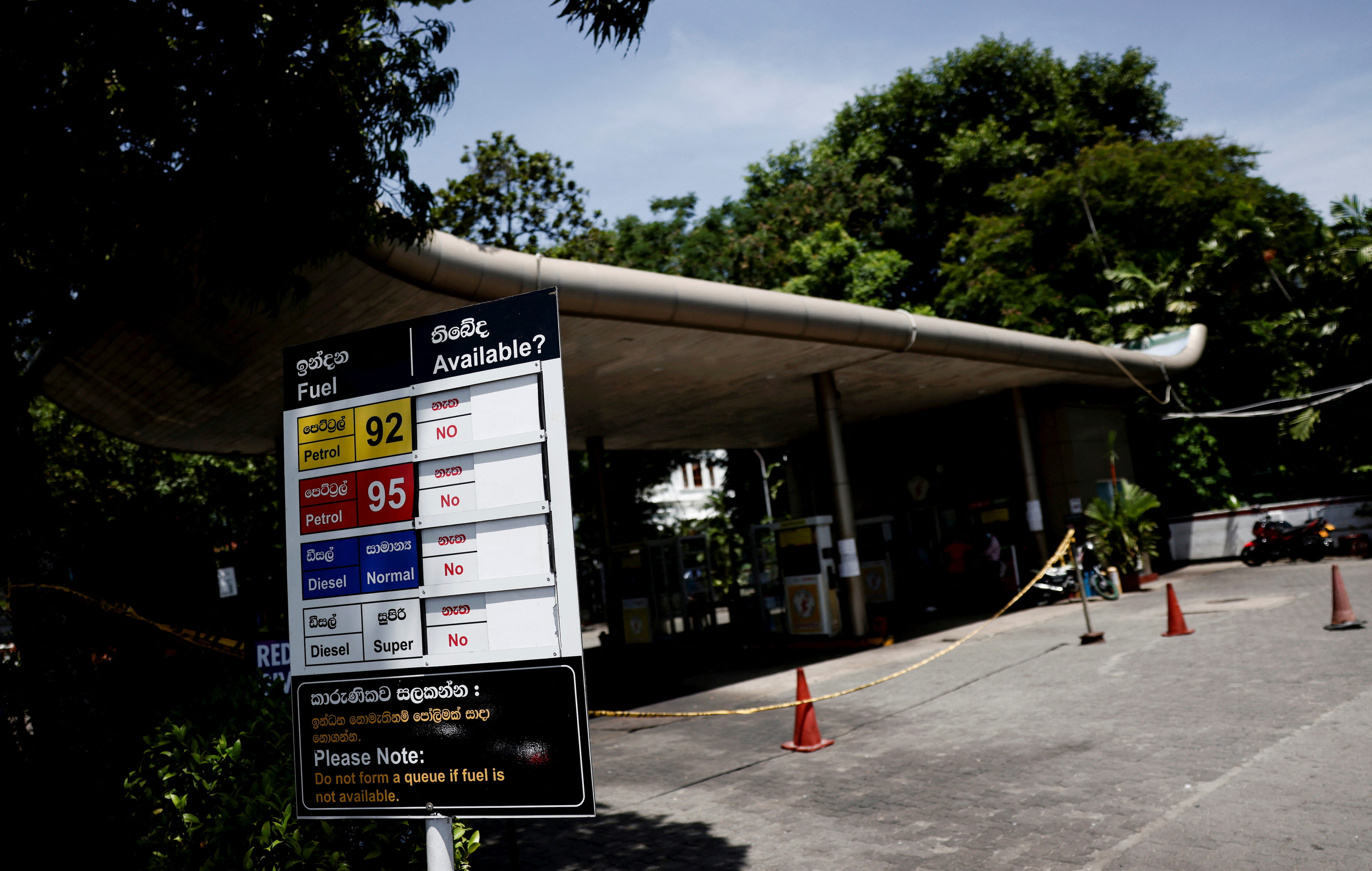 Sri Lanka canvassed oil companies in petroleum-producing nations on Tuesday to import and sell their products in the Indian Ocean island, opening its market to resolve acute shortages of fuel during its worst economic crisis in decades.

Depleted foreign exchange reserves have left the nation of 22 million unable to pay for imports of essential items from fuel to food and medicines.

"An advertisement was published today calling for expression of interest (EOI) for oil companies to import, distribute and sell petroleum products in Sri Lanka," Kanchana Wijesekera, the power and energy minister, said on Twitter.

Advertisement was published today calling for EOIs for Oil Companies to Import, Distribute & Sale of Petrolieum Prodcuts in SL. Selected companies will be able to operate CEYPETCO & New Fuel stations, providing access for for new companies to engage in the Retail Business in SL. pic.twitter.com/ZtPpG7pU3h

The news follows Sri Lanka's decision last month to allow such imports and sales, as it scrambles to ensure sufficient supplies of petrol and diesel.

The approvals for oil firms to be picked in the new process will effectively end a market duopoly involving a subsidiary of India's state-run Indian Oil Corp.

State-run Ceylon Petroleum Corp (CPC), which controls about 80% of the market with a national network of 1,190 fuel stations, will give a share of its resources and pumps to the new entrants, the government said in its notice.

Sri Lanka's worst economic crisis since independence from Britain in 1948 has its roots in economic mismanagement and the fallout of the COVID-19 pandemic on a tourism-dependent economy.

Protesters angry about the shortages toppled the Rajapaksa ruling family, ushering in a new government after forcing the resignation this month of the previous president, Gotabaya Rajapaksa, who fled to Singapore.

As many as 18 rights groups have asked Singapore's attorney general to investigate Rajapaksa for his role in Sri Lanka's decades-long civil war.

"Now that Rajapaksa is no longer shielded by immunity, Singapore must seize this remarkable opportunity," said Archana Ravichandradeva, of the group People for Equality in Relief in Lanka.

It is one of the groups that sent a joint letter to the Singapore official on Tuesday, following a request last week by another rights group seeking a similar investigation.

Mr Rajapaksa has previously denied accusations that he was responsible for rights abuses during the war.

Sri Lanka's 25-year civil war between separatist insurgents from the ethnic Tamil minority and government forces ended in 2009. Rights groups accused both sides of abuses during the war.

The first Sri Lankan president to resign from the job, Rajapaksa could return to the country, cabinet spokesman Bandula Gunewardena told reporters on Tuesday.

"It is my belief he may eventually consider returning to Sri Lanka," Gunewardena said. "If he returns he will be treated in accordance with his status as a former president."