Air Deccan has a fleet of four 18-seater Beechcraft aircraft to fly on regional routes in western India, focusing on Gujarat 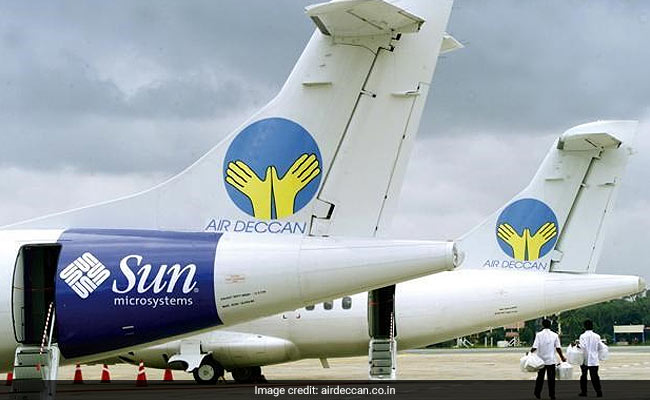 Regional airliner Air Deccan announced on Sunday that it is ceasing its operations until further notice and all employees are being put on sabbatical without pay, the first Indian aviation company to succumb to the coronavirus crisis that has led to a 21-day lockdown and virtually paralysed the sector.
In an email to his employees, Air Deccan CEO Arun Kumar Singh said, "In view of the recent global and domestic issues and subsequent directive by the Indian regulator (to suspend all commercial passenger flights till April 14), Air Deccan has no choice but to cease its operations until further notice."

"With heavy heart, I am also compelled to inform that all existing employees of Air Deccan (permanent, temporary and contractual) are being put on sabbatical without pay with immediate effect," he added in the email, which has been accessed by PTI. Air Deccan has a fleet of four 18-seater Beechcraft aircraft to fly on regional routes in western India, focusing on Gujarat.

Singh said in his email: "Next week, the management will hold meetings with department heads for continuity of certain key personnel (with continuity of employment terms) to ensure that when the right time arrives, the airline can be restarted with nominal efforts."

"I personally assure you as and when Air Deccan recommences the operations under conducive circumstances, all existing employees will be offered first right of refusal for their current positions," he added.

India has imposed a 21-day lockdown from March 25 to curb the coronavirus pandemic. Consequently, all domestic and international commercial passenger flights have been suspended for this time period.
However, cargo flights, offshore helicopter operations, medical evacuation flights and special flights permitted by Indian aviation regulator DGCA are operating during this lockdown.

Many airlines in India are close to bankruptcy as their cash reserves are running out amid the lockdown, industry body FICCI had told Civil Aviation Minister Hardeep Singh Puri and Finance Minister Nirmala Sitharaman through a letter last Wednesday.

While other airlines have introduced various cost cutting measures such as laying off pilots, leave without pay and salary cuts, Air Deccan is the first casualty of the coronavirus pandemic.
All major airlines except Air India are taking domestic bookings for dates post April 14. As it has sent all employees on sabbatical without pay, Air Deccan is not taking any bookings and it is unsure when it would restart operations.

IndiGo To Raise Up To Rs 4,000 Crore Via Share Sale