With more than 263 million farmers, the health of the country's farm sector can have a significant impact on the economy. 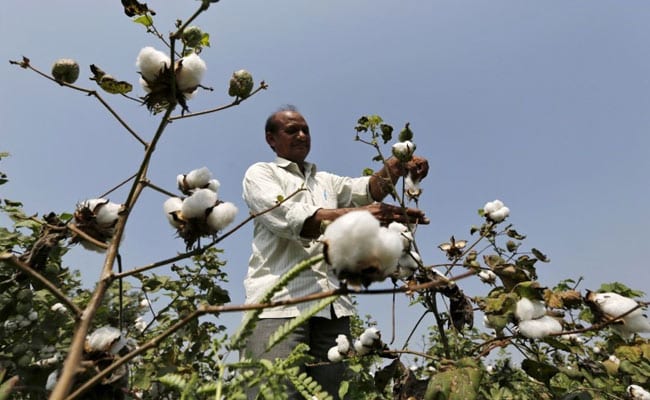 Farmer Banwarilal Bhardwaj was planning to buy a car after harvesting his winter-sown crops that were promising bumper returns. But coronavirus has shattered that dream, undermining farm commodity prices as it spreads around the world.

"I can't buy a car. Whatever I would earn, that will now be needed to repay a loan," said Mr Bhardwaj, who has planted rapeseed and chickpea on his six hectare farm in Rajasthan.

Rapeseed prices have slumped 16 per cent this year, while chickpea is down 10 per cent.

"If prices fall any further, I'll struggle to even repay the loan," Mr Bhardwaj said.

With more than 263 million farmers, the health of the country's farm sector can have a significant impact on the economy.

More than half of its 1.3 billion people depend on agriculture for their livelihoods, so profitable harvests tend to boost aggregate consumption while smaller crops or low prices can cause a slowdown.

After excessive rains damaged summer-sown crops in 2019, India was banking heavily on winter-sown crops to fuel a rebound in rural earnings.

However, the coronavirus outbreak sent crop prices tumbling just as Asia's third-biggest economy was expanding at its slowest pace in more than six years.

India has had 206 confirmed cases of the coronavirus, which emerged in China late last year, and four deaths. The numbers are rising.

Prices for key crops like corn, soybeans, cotton and onions have plunged as much as 50 per cent just as farmers prepare for harvest, putting paid to prospects for a rural economic rebound.

"The impact of higher yields would be nullified by the lower prices. Farmer earnings on a net-to-net basis would remain the same," said Harish Galipelli, head of commodities and currencies at Inditrade Derivatives & Commodities in Mumbai.

Higher monsoon rains during June-September increased soil moisture and reservoir levels and spurred farmers to boost the winter crop planted area by 10 per cent from a year ago to 66.21 million hectares.

Farmers like Ramnaryan Mandloi from Sehore in Madhya Pradesh spent more on seeds and fertilizers as market prices and the weather both looked good.

He has also been hurt by a 22 per cent fall in soybean prices this year, as poultry farmers slashed purchases of the animal feed.

Usually prices of summer-sown crops start improving after supplies dwindle from February onward, but this year they have sunk as export demand plunged, said a Mumbai-based dealer of a global trading firm.

To make things worse, heavy rain fell in many parts of India in the past two weeks, which could damage yields.

"I could have harvested corn on three acres next week. But this week's rainfall has completely damaged the crop," said Prashant More, a farmer from Dhule district in Maharashtra.