Gross domestic product will contract by an annualized 45% in the second quarter from the prior three months. 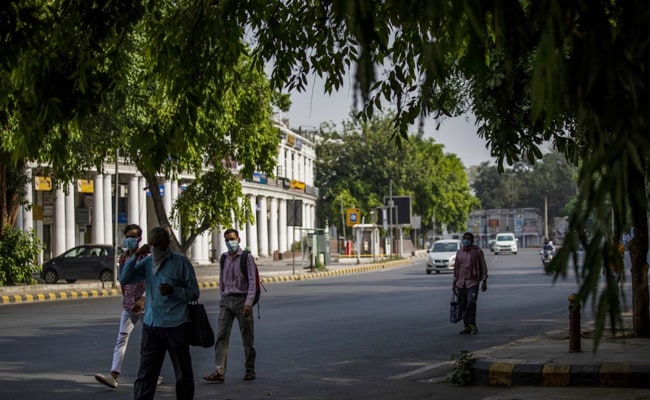 Government has extended its nationwide lockdown until May 31.

Goldman Sachs expects India will experience its deepest recession ever after a poor run of data underscored the damaging economic impact of lockdowns in the world's second-most populous nation.

Gross domestic product will contract by an annualized 45 per cent in the second quarter from the prior three months, compared with Goldman's previous forecast of a 20 per cent slump. A stronger rebound of 20 per cent is now seen for the third quarter, while projections for the fourth quarter and first of next year are unchanged at 14 per cent and 6.5 per cent.

Those estimates imply that real GDP will fall by 5 per cent in the 2021 fiscal year, which would be deeper than any other recession India has ever experienced, Goldman economists Prachi Mishra and Andrew Tilton wrote in a note dated May 17.

Government has extended its nationwide lockdown until May 31, while further easing restrictions in certain sectors to boost economic activity, as coronavirus cases escalate across the country. The announcement followed Finance Minister Nirmala Sitharaman's fifth briefing in as many days, in which she outlined details of the country's $265 billion virus rescue package, which is equivalent to 10 per cent of the GDP.

"There have been a series of structural reform announcements across several sectors over the past few days," the Goldman economists wrote. "These reforms are more medium-term in nature, and we therefore do not expect these to have an immediate impact on reviving growth. We will continue to monitor their implementation to gauge their effect on the medium-term outlook." 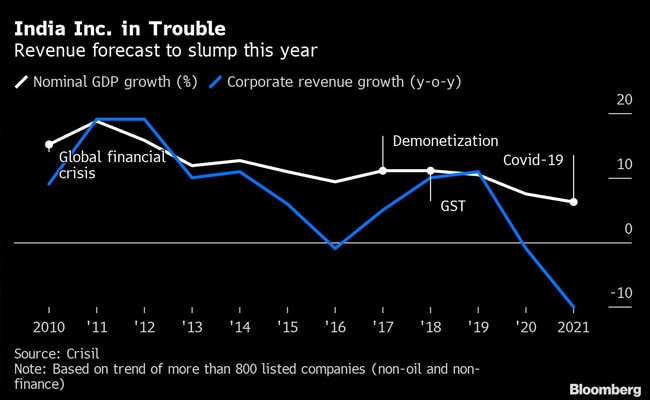 Infections are surging across the South Asian nation of 1.3 billion people, with more than 91,300 infections, including 2,897 deaths as of Sunday, according to data from Johns Hopkins University.