India Known To Reform In A Crisis, Writes Raghuram Rajan

India is facing its biggest crisis in decades, with a three-week lockdown in a nation of 1.3 billion people likely to result in economic recession, millions of job losses and possible starvation among the poor. 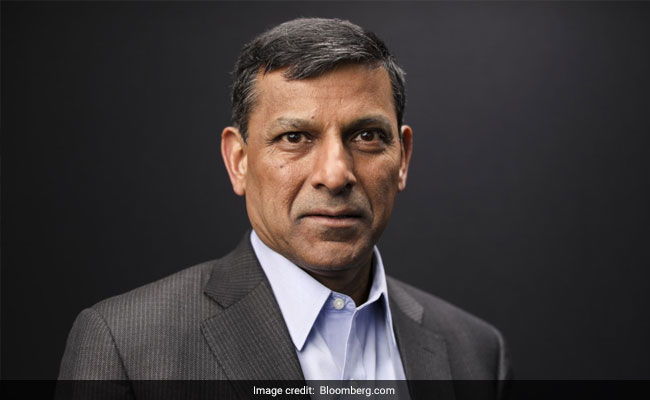 Empty highways stretch during a lockdown in Mumbai, April 5.

A looming economic crisis triggered by the coronavirus pandemic is a chance for India to enact sweeping reforms to fix ailing sectors and attract more foreign investment to the country.

That's a call being made by a former central banker and an ex-government official, as well as financial market participants, who say India needs to liberalize and deepen its financial markets, and take policy steps to fix the banking and farm sectors. There are early signs of this already happening, with the central bank giving overseas investors greater access to its sovereign bonds, allowing local banks to tap offshore currency markets and companies a choice of more complex hedging tools.

India is facing its biggest crisis in decades, with a three-week lockdown in a nation of 1.3 billion people likely to result in economic recession, millions of job losses and possible starvation among the poor.

"It is said India reforms only in crisis," Raghuram Rajan, the former governor of the Reserve Bank of India, wrote in a LinkedIn post this week. "Hopefully, this otherwise unmitigated tragedy will help us see how weakened we have become as a society and will focus our politics on the critical economic and health care reforms we sorely need."

India has a history of taking reform steps during periods of crisis. For example, in 1991-92, it freed the private sector from a myriad of government controls, deregulated financial markets, reduced import tariffs and opened up the economy to more foreign investment to avoid a balance of payments crisis.

Time-line of Reforms Induced by Crisis

Prime Minister Narendra Modi has championed a number of reforms since first coming to power in 2014, including introducing a nationwide sales tax and an insolvency law, reducing corporate tax rates and kickstarting the biggest sale of state assets. At the same time, he's raised import duties and dithered on trade deals, setting back progress.

With public finances stretched and likely to worsen amid the lockdown, fiscal policies also need an overhaul, said Arvind Subramanian, a former chief economic adviser to the Finance Ministry. The government had projected a budget deficit of 3.5 per cent of gross domestic product in the year through March 2021, but some are estimating it could reach as high as 6.2 per cent.

"The focus on unattainable targets, the fact that Fiscal Responsibility and Budget Management Act has been honored only in the breach and the consequences in terms of budgetary integrity and transparency need serious review, even overhaul, in our view," he wrote in a local newspaper along with Devesh Kapoor.

For many analysts, the latest moves to open up India's bond market and allow banks to trade currencies abroad were unthinkable a few years back given the country's deep distrust of debt capital and its failure to acknowledge even the existence of an offshore currency market trading the rupee.

But more needs to be done to attract long-term foreign capital to plug the domestic saving-investment gap, according to Sonal Varma, head of Asia economics ex-Japan at Nomura Holdings Inc.

"In the current context, the biggest challenge facing India is the dearth of growth capital," she said. "India has historically bitten the bullet during times of crises."