Cognizant Describes Report On High Attrition As 'Speculative At Best'

Cognizant in reaction to media reports on high annual attrition rate said the company was following its plan for promoting rapid growth, upholding dominant positions in important economic spheres, and increasing its global headcount to the largest ever. 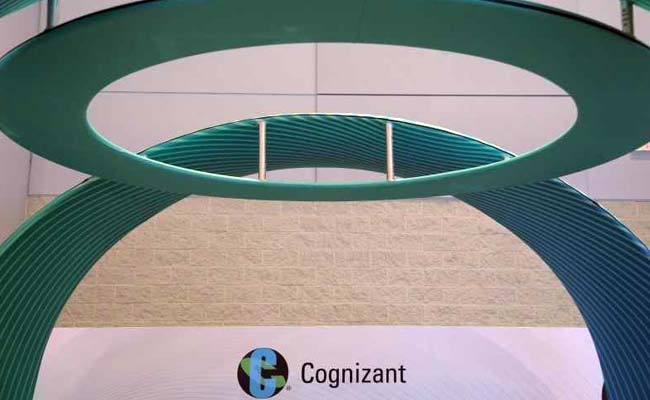 IT giant Cognizant today described as “speculative” a report on its high attrition rate – over 30 per cent for five straight quarters – and said it has increased its global headcount and has promoted and recruited several senior executives.

In reaction to media reports on the high annual attrition rate and a complete employee overall plan, Cognizant said the company was following its plan for promoting rapid growth, upholding dominant positions in important economic spheres, and increasing its global headcount to the largest ever.

A report in LiveMint said Cognizant has witnessed a quarterly annualised attrition rate of over 30 per cent for five straight quarters. The high attrition rate comes at a time when Cognizant has been struggling to keep up with the competition in the IT sector and has reported yet another disappointing performance in its second-quarter earnings, according to the report.

While Cognizant reported a 6.5 per cent jump in revenue in the second quarter of FY 2022, it was well below the projected expected rate.

The report added that the situation of high attrition had only worsened in the last three years since the new CEO, Brian Humphries, took over the operations. An average of about 77 per cent of the employees had stayed with the IT company for less than three years.

A Cognizant spokesperson told NDTV, "The assertions in the report are speculations at best. While the analyst maintains an 'Outperform' rating on Cognizant's stock and has a $95 price target, the report neglects to document that Cognizant is successfully executing on its strategy. We are driving strong growth and maintaining strong positions in key business areas. We will continue to target large deals that make sense from a country and industry perspective."

The spokesperson added: “In fact, we have recently announced several large deals, including Zurich Insurance in Germany, a major global insurer, AXA in the UK and Ireland, and National Insurance Company Limited in India."

According to the LiveMint report, when Mr Humphries took over as the CEO, Cognizant had 2,88,200 employees, but 2,62,749 had left the company in the last 13 quarters. With another quarter of over 30 per cent attrition, close to 2,90,000 employees would have moved out of the company.

It takes close to six years for a company with an attrition rate in the mid-teens to refresh employees completely. However, in the case of Cognizant, the complete refresh is likely to happen in just four years, the report showed.

The company's high attrition rate, the report said, is at least seven percentage points more than the average attrition rate of the five biggest IT services firms in the last year.

Cognizant's spokesperson told NDTV that, "We have promoted and recruited several senior executives that bring deep experience, right skills, and expertise to continue to drive our transformation and unlock value for our shareholders. We are investing in our global delivery network, people and capabilities to ensure we are positioned for sustained success. We have a robust talent management and hiring process, and increased our global headcount to 341,300, our largest ever."

"We have also invested record levels in compensation, doubled the number of job promotions in H1 2022 vs H1 2021, and trained over 150,000 associates in future-ready digital capabilities in 2021. Our Board fully supports our strategic direction and our management team,” said the company's spokesperson.

According to a survey by consultancy firm McKinsey & Co, 41 per cent of the employees who quit their job do it because of a lack of career growth opportunities. In comparison, 36 per cent pointed to low compensation as their reason. The remaining blamed uncaring leaders for their quitting.

For Cognizant, the challenges are many. While the company has struggled to keep up with the competition in the market, it has also failed to keep its top leadership flock together, showed the report.

The LiveMint report also showed, for Cognizant, the challenges are many. While the company has struggled to keep up with the competition in the market, it has also failed to keep its top leadership flock together. Cognizant's revenue growth has been less than half of its competitors like TCS and Infosys since 2019, and the growth rate could even widen this year, said the report.

"We have strong relationships with market leading companies, including 30 of the top 30 global pharma companies; 9 of 10 top European banks; 6 of 10 top internet companies; and 16 of 20 top healthcare plans. Cognizant's trailing 12-month bookings of $23.2 billion represented a book-to-bill of approximately 1.2x as of the most recent quarter, reinforcing our revenue growth expectations. We consider this to be an industry-leading book-to-bill ratio," the spokesperson said.

"We have expanded margins by 30 basis points year-over-year, and 50 basis sequentially due to an increase in gross margins, at a time when many of our peers are experiencing margin decline. This was driven by progress on pricing and continued focus on delivery efficiencies. We returned more than $1 billion to shareholders through the first half of the year," added the spokesperson.