Total revenue fell seven per cent to $19.3 billion on low interest rates and a 10 per cent decline in loans, largely due to lower consumer credit card loan balances 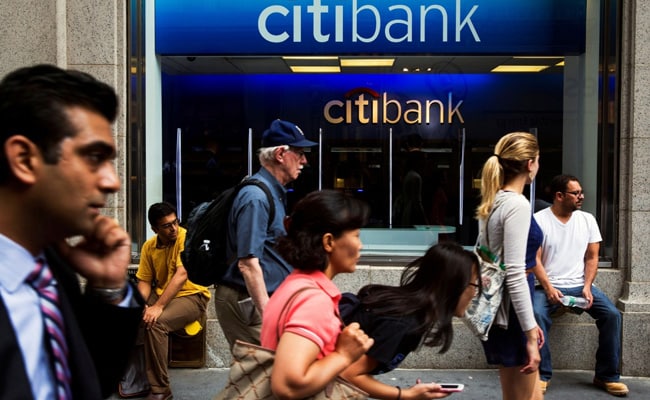 Citigroup Inc trounced market estimates for first-quarter profit on Thursday as the third-largest U.S. lender released reserves set aside for loan losses from the pandemic, while disclosing plans to exit some overseas consumer units. The divestment comes as Jane Fraser, who took charge as chief executive officer on March 1, tries to turn Citigroup from a banking industry laggard hobbled by poor risk and control systems into a competitively profitable organization. The move in markets across the Asia and EMEA regions will see the bank exit consumer businesses in countries like Australia, China and India. "While the...13 markets have excellent businesses, we don't have the scale we need to compete," Fraser said in a statement.

"We believe our capital, investment dollars and other resources are better deployed against higher returning opportunities in wealth management and our institutional businesses in Asia." The Institutional Clients Group will continue to offer services to clients and will continue to operate "wealth centers" in Singapore and Hong Kong, as well as London and the United Arab Emirates. The bank gave no time frame for the exits.

Like other large Wall Street banks, Citi benefited from a boom in capital markets activity in the quarter, but felt the impact of cash-flush consumers paying off loans and using debit cards more for purchases. "As elsewhere, trading and banking were a bit stronger than expected and net interest income a bit weaker but it was basically all pretty close to expectations," Oppenheimer analyst Chris Kotowski said in a note to clients.

Net interest revenue, the difference between interest the bank earns and what it pays on deposits and borrowings, was $10.17 billion, down 12 per cent from a year earlier. Total revenue fell seven per cent to $19.3 billion on low interest rates and a 10 per cent decline in loans, largely due to lower consumer credit card loan balances. Overall card purchase sales were up one per cent, even as total card revenue fell 18 per cent.

JPMorgan Chase & Co said on Wednesday spending on its consumer debit and credit cards together rose nine per cent from a year earlier. Partially offsetting the drag from interest revenue, investment banking revenue at Citigroup surged 46% on stronger equity underwriting fees. The bank has been a Wall Street leader in raising money for the so-called blank-check firms or special purpose acquisition companies. Citi shares were up nearly three per cent in trading before the bell.

Citigroup's bottom line was bolstered by its decision to draw down $3.85 billion in reserves it had built up for expected loan losses from the pandemic. A year earlier it had added $4.88 billion to its loss reserves. Like other large lenders, the bank expects an economic recovery fueled in part by vaccine rollouts across the country and a $1.9 trillion stimulus package pushed through by the Biden administration last month.

A U.S. boom could generate a rebound of lending revenue for big banks as well as give them reason to reverse more of the $65 billion-plus of loss reserves they added last year when the outlook for the economy in the pandemic was at its bleakest.

Markets and securities revenue for Citigroup rose two per cent, compared with an exceptionally strong quarter a year earlier. Expenses rose four per cent, in line with the company's projections, on increased spending to fix its risk controls and improve its operations.

Data in Citigroup's report showed that its pre-provision profit, a gauge of bank performance unaffected by changes in estimates and economic assumptions for loss reserves, was down 18 per cent from a year ago. Earlier on Thursday, Bank of America Corp's profit more than doubled after it freed up reserves that it had set aside to cover loans that could go bust.