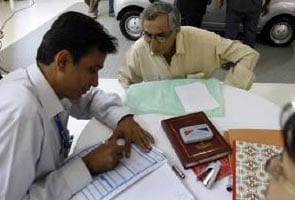 The Cabinet on Wednesday cleared a parliamentary committee's recommendations for a composite cap of 49 per cent on foreign investment in insurance in a report tabled in the Rajya Sabha.

The select committee had in its report recommended 110 amendments to the Bill. In order to win Congress support, it had adopted 88 amendments by the Congress earlier. Support of the Congress will be critical in the Rajya Sabha where the NDA is in minority.

The Congress, however, did not dissent against the report adopted by the select committee, unlike the TMC, JDU, CPM and the Samajwadi Party, who are against increasing the FDI cap.

The government is in a rush to introduce the Bill for passing on Monday, Congress sources say the party will clarify its stance once the Bill is moved in the upper house.

Finance Minister Arun Jaitley said in his maiden Budget speech in July that the "composite cap" in the insurance sector should be increased to 49 per cent from the current level of 26 per cent, with full Indian management and control.

Here are the top 10 takeaways:

1) The Insurance Laws (Amendment) Bill aims to raise the ceiling on foreign direct investment (FDI) in insurance to 49 per cent from the current 26 per cent limit.

2) This marks a reversal from the BJP's earlier stance when it was in Opposition. It had then opposed raising the cap on FDI in insurance from 26 per cent. But last year it said it was not against raising the limit on FDI in insurance, but wanted certain caveats and conditions to "safeguard the interest of the people".

3) The 49 per cent FDI that the BJP-led NDA government proposes will be a composite cap - which means that foreign capital can flow in either as direct investment or via the portfolio route, or as a combination of both. So foreign investors can either directly buy equity from the company or can buy shares on the stock market. (How higher insurance FDI limit could benefit you)

4) The new measures will allow insurance companies to list on stock exchanges.

6) To allay fears that Indian entities may lose control, the Bill provides that management must remain with Indian companies. And the approval of the Foreign Investment Promotion Board (FIPB) will be needed on any investment over 26 per cent.

7) Experts have said that a higher foreign direct investment limit in insurance could result in inflows of Rs. 40,000 crore to Rs. 60,000 crore over time, and immediate inflows of around Rs. 20,000 crore.

8) The Insurance Bill and the Sebi Bill, which aims at giving more teeth to the market regulator, were cleared by the Union Cabinet in July, days after Finance Minister Arun Jaitley made a promise to do so in his Budget speech, noting that "the insurance sector is investment starved. Several segments of insurance sector need expansion". (Cabinet approves 49% FDI in insurance)

9) The BJP had suggested 11 amendments in the Bill and had listed it in the Rajya Sabha. But the Congress had wanted these referred to a select committee.

10) Insurance was opened up to the private sector in 2000 with the Insurance Regulatory and Development Authority (IRDA) Act, 1999. From seven then, the number of companies operating in the life, non-life, and re-insurance segments has gone up to 53.