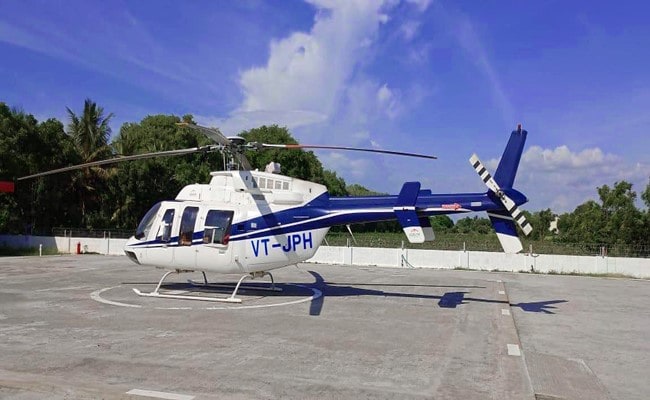 Delhi-Varanasi High-Speed rail corridor: In order to conduct the ground survey for preparing the detailed project report (DPR) of the proposed Delhi-Varanasi high-speed rail corridor, light detection and ranging survey (LiDAR) technique using laser enabled equipment mounted on a helicopter will be adopted, said the National High-Speed Rail Corporation Limited (NHSRCL). The aerial LiDAR survey technique was adopted for the Mumbai-Ahmedabad high-speed rail corridor due to its high accuracy, which was the very first time when this method was used for any railway project in the country. The data provided through the LiDAR technology can be useful for several projects including surface transport, roads, irrigation, landslides, canals, city planning, etc. (Also Read: Bullet Train Project: Tender Invited For Delhi-Amritsar High-Speed Rail Corridor )

According to NHSRCL, the alignment or ground survey is a crucial activity for any linear infrastructure project as the survey provides accurate details of the areas around the alignment. The technique uses a combination of laser data, GPS data, flight parameters as well as actual photographs to provide survey data. Based on the findings of the survey, the following aspects of the project are decided:

The ground survey using aerial LiDAR for the Mumbai-Ahmedabad high-speed rail corridor alignment was done only in 12 weeks against the 10-12 months if it had been done through the traditional survey methods.

The ground survey on this project using the aerial LiDAR technique has already started with the reference points on the ground marked. From December 13, the collection of data through equipment mounted on a helicopter will commence in a phased manner, depending on the weather conditions.

​Meanwhile, the prioritized bullet train corridor project is the Mumbai-Ahmedabad high-speed rail corridor, which will reduce the travel time between Mumbai and Ahmedabad to just three hours, once completely operational. This will be the first bullet train in the country and will be 508-km long.