El Salvador bought 400 bitcoins ahead of the roll-out, with a market value of about $20 million at current prices, and plans to buy "a lot more" of them

If the experiment is a success, other countries may follow El Salvador's lead

Bitcoin is undergoing the biggest test in its 12-year history as El Salvador becomes the first country to adopt it as legal tender Tuesday. Both enthusiasts and detractors of crytocurrencies will be monitoring the experiment to see if a significant number of people want to transact with Bitcoin when it circulates alongside the U.S. dollar, and whether it brings any benefits to the violent, impoverished Central American nation.

The country bought 400 bitcoins ahead of the roll-out, with a market value of about $20 million at current prices. The country plans to buy "a lot more" of them, President Nayib Bukele said via Twitter, after buying the first batch of 200.

If the experiment is a success, other countries may follow El Salvador's lead. Its adoption will get an initial boost from the government's Bitcoin wallet Chivo, which comes pre-loaded with $30 worth of the currency for users who register with a Salvadoran national ID number.

Businesses will be required to accept Bitcoin in exchange for goods and services and the government will accept it for tax payments. The plan is the brainchild of El Salvador's 40-year old president, who says it will draw more people into the financial system and make it cheaper to send remittances.

"This is brave new world stuff," said Garrick Hileman, head of research for the Miami-based Blockchain.com. "We are in unchartered waters with this launch, but I'm glad to see this experiment happen overall, and I think we'll learn a lot from it." 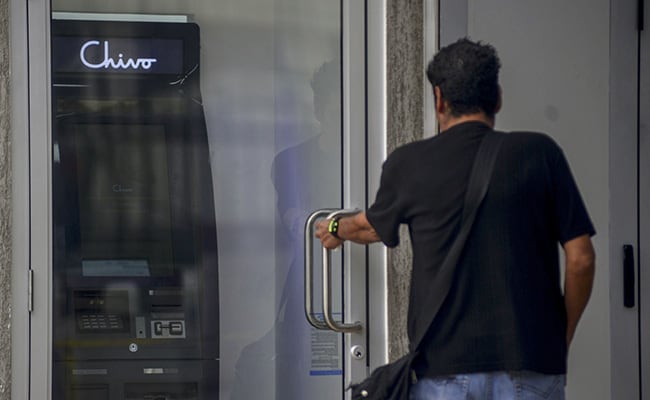 A pedestrian opens a door to a Chivo Bitcoin automated teller machine (ATM) booth at Gerardo Barrios plaza in San Salvador, El Salvador, on Saturday, August 28, 2021. El Salvador began installing Bitcoin ATMs, allowing its citizens to convert the cryptocurrency into U.S. dollars and withdraw it in cash, as part of the government's plan to make the token legal tender.

Mr Bukele's administration has installed 200 Bitcoin ATMs around the country that can be used to exchange the cryptocurrency for U.S. dollars. The Finance Ministry created a $150 million fund at state-run bank Banco de Desarrollo de la Republica de El Salvador, Bandesal, to back the transactions.

The dollar will remain the national currency for public accounting purposes and merchants who are technologically unable to receive the e-currency will be exempt from the law, the government has said.

El Salvador's dollarized economy is heavily reliant on remittances sent home by migrants overseas, which totalled $6 billion last year and account for roughly a fifth of gross domestic product. Mr Bukele says Bitcoin could save Salvadorans $400 million a year in fees for these transactions.

While Mr Bukele himself enjoys approval ratings of more than 80 per cent, a poll last week by El Salvador's Universidad Centroamericana Jose Simeon Canas found his Bitcoin law is widely unpopular. Two-thirds of respondents said the law should be repealed while more than 70 per cent said they prefer to use U.S. dollars instead. 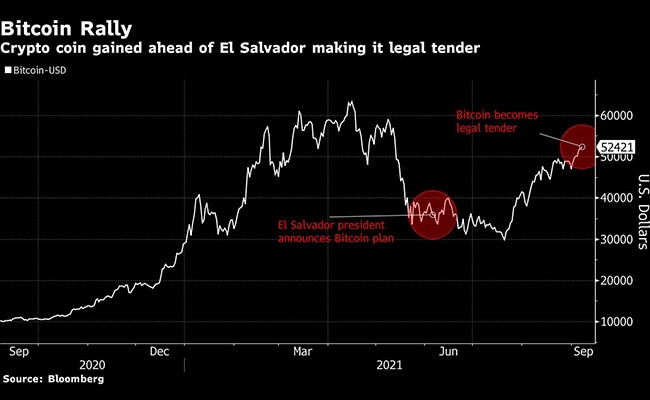 The International Monetary Fund warned of the risks of using Bitcoin, which lost nearly half its value from April to May, and the World Bank declined a request from El Salvador's government to help the government adopt it, citing environmental and transparency drawbacks. The Bitcoin news also helped trigger a selloff of El Salvador's dollar bonds, though they have since pared losses.

"Crypto is sexy but untested and complicated especially for a country like El Salvador," Stifel Nicolaus & Co. managing director Nathalie Marshik said. "It's extremely risky, and there is the question of, is the Bandesal fund big enough? The regulations look like the law, put together really quickly. It's a big question mark."

While the Bahamas launched its own central bank-backed digital currency this year, the Sand Dollar, and Venezuela has its own e-money called the Petro, these are very different from a decentralized cryptocurrency such as Bitcoin, whose users value its independence from governments and central banks.

Other governments in the region will be watching closely. Last month, Cuba moved to legalize cryptocurrency already being used on the island, while lawmakers in other countries such as Panama and Uruguay have proposed similar legislation.

Bitcoin's adoption comes as the country's top court presided over by Mr Bukele allies ruled last week that the president can run for a second term. The U.S. criticized the decision and said it damages bilateral relations between the two nations.