Biocon Biologics, a subsidiary of Biocon, will file for an initial public offer (IPO) within the next two years, Kiran Mazumdar-Shaw said on Monday. 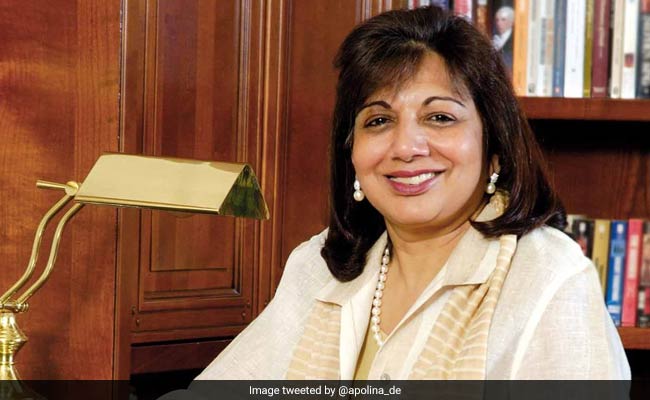 Biocon Biologics, a subsidiary of Biocon, will file for an initial public offer (IPO) within the next two years, executive chairperson Kiran Mazumdar-Shaw said on Monday.

Biocon Biologics, which has inked a deal to acquire Viatris Inc's biosimilars business for up to $3.33 billion (about Rs 24,990 crore), aims to be a fully integrated global biosimilars company.

"We are ready to advance our biosimilar journey to the next level. This acquisition of Viatris' biosimilar business is an important step to create a leading, fully integrated global biosimilars company, setting us up for the next decade of value creation for all our shareholders. We expect to have an IPO of Biocon Biologics with this new structure withi$8 billion, she stated.

"And obviously, we expect the IPO to be at a very, very attractive level. So if you look at it, it's going to create value for shareholders hugely," the Biocon chief said.

Ms Mazumdar-Shaw noted the Viatris deal would enable the company to have one of the industry's broadest and deepest commercialised biosimilars portfolios.

"This transaction will accelerate our direct commercialisation strategy for our current biosimilars portfolio. It will also make us future-ready for the next wave of products...fast track our journey of building a strong global brand. Additionally, this strategic combination will prepare us for the next decade of value creation for all our stakeholders through an IPO, which is being planned within the next 18 to 24 months," she said.

Ms Mazumdar-Shaw noted that the acquisition enables Biocon Biologics to fill the gaps in its missing capabilities in developed markets, especially around supply chain and commercialisation.

"Our long-standing relationship with biologists positions us very well to seamlessly and rapidly integrate and thereby maximise value from this transaction. Additionally, it accelerates our readiness for the next wave of biosimilars which are under development," she said.

The deal would also enable the company to realise regulatory and IP capabilities in developed markets and operational efficiencies, she added.

Ms Mazumdar-Shaw said that its biosimilars business has demonstrated success and established global credibility, with seven of its molecules having been commercialised worldwide.

"Through our comprehensive biosimilars portfolio, we are serving over 3.6 million patients every year. And in benefiting patients, we have also generated revenues of $384 million in FY21," she stated.

Biosimilars offer a lovely global opportunity as it is a class of drugs that has emerged as an effective alternative to reduce the cost of novel biologic therapies.

Employees To Get Discount On Subscribing LIC Shares. Details Here