Bankruptcy Recoveries From 4 Companies To Give Banks Rs 54,000 Crore Boost 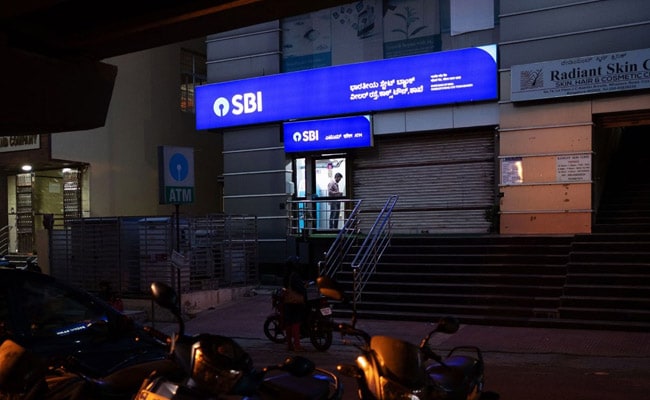 Gains will be welcome news for banks, which are facing $130 billion pile of bad loans.

India's banks are set for a Rs 54,000 crore ($7.6 billion) earnings windfall this month as the country's bankruptcy court has made sudden progress in clearing a backlog of large cases.

The lenders are expected to benefit from the recovery process from four failed companies -- Essar Steel India Ltd., Prayagraj Power Generation Co., Ruchi Soya Industries Ltd. and RattanIndia Power Ltd. -- which should be completed in December, according to people familiar with the matter.

The gains will be welcome news for banks, which are facing a further increase in their $130 billion pile of bad loans thanks to shadow banking crisis and the slowdown in the economy. Many lenders are expected to set aside additional provisions in their earnings reports for this quarter.

The total proceeds from the bankruptcy cases should total Rs 54,000 crore ($7.6 billion), according to Karthik Srinivasan, group head of financial sector at ICRA Ratings, the local arm for Moody's Investors Service. The banks should be able to use a large part of it "to step up provisioning as bad loans continue to rise," Srinivasan added. 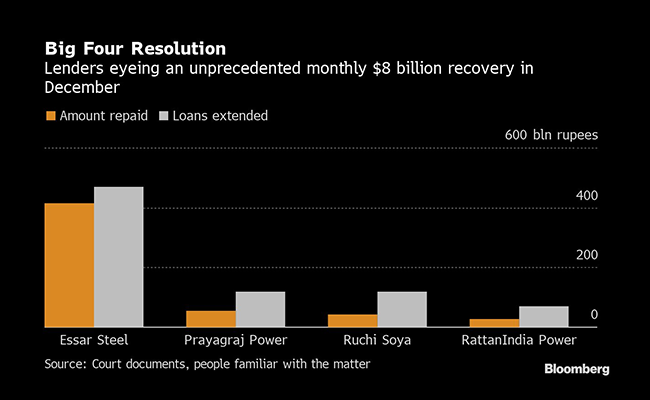 India has seen slow progress since the bankruptcy court was set up in 2016 to get to grips with the bad loan crisis. Only 15 per cent of cases admitted to the court had produced a resolution plan as of September, according to data published by the insolvency board.

However, some of the logjam was broken with the Supreme Court decision last month to clear the way for ArcelorMittal SA's $5.9 billion takeover of Essar Steel. The court allowed Arcelor to pay creditors and scrapped a bankruptcy appellate tribunal's order that gave secured and unsecured lenders equal rights over the proceeds.

Banks are expected to recover Rs 41,500 crore from Essar, having received a Rs 5,400 crore payment from the Prayagraj bankruptcy on Friday, the people said, asking not to be identified as the information remains private. Another Rs 4,350 crore is expected from Ruchi Soya on Monday and Rs 2,700 crore from RattanIndia later this week, the people added.

However, the December bonanza will be shortlived as India's prolonged economic downturn continues to push up overall bad loans, said Suresh Ganapathy, who oversees financial research at Macquarie Capital Securities. The soured debt ratio in banking system will rise above 11% by the end of March, from 9.3% some 12 months earlier, according to a Credit Suisse note in August.