Axis Bank's gross bad loans as a percentage of total loans rose to 6.77 per cent at end-March. 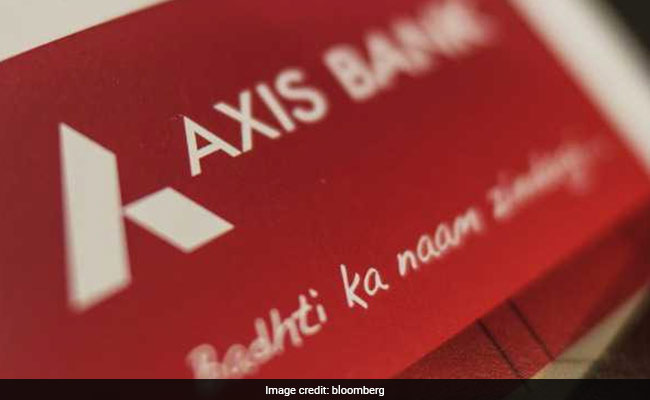 Analysts had on average expected a profit of Rs 514 crore rupees.

India's Axis Bank Ltd reported its first ever quarterly loss on Thursday after a surge in bad loans, capping a troubled year for the country's third-biggest private sector lender by assets.

While the bulk of India's 9.5 trillion-rupee (9.5 lakh crore) soured-loans as of end-2017 were with the country's dominant state-run banks, among the private sector lenders Axis and its bigger rival ICICI Bank also account for large chunks.

Stricter rules enforced by the Reserve Bank of India in February are set to push the industry's non-performing loans even higher.

The results were a reflection of the bank's desire to accelerate non-performing asset (NPA) recognition, said Chief Executive Shikha Sharma, who is due to step down at the end of December after being at the helm for nine years.

"With this accelerated recognition, we believe the NPA recognition phase of this credit cycle is now nearly complete and the focus shifts to resolution," she told a news conference at the bank's headquarters.

Axis has seen its non-performing loans jump more than eight times in the past three years to Rs 34,249 crore, or 6.77 per cent of its loan book, at the end of March. In the March quarter alone, it added Rs 16,536 crore in incremental bad loans, which finance chief Jairam Sridharan said was driven by the recent central bank rule changes.

Sridharan predicted net non-performing loans additions in the year to March 2019 will be "significantly lower" than the previous year, while lending growth will be in the "high teens".

For the March quarter, the bank's loans grew 18 per cent, driven by a 23 per cent rise in loans to retail customers. Its net interest income growth was flat in the quarter, and rose 3 per cent for the full year leading to a net interest margin of 3.44 per cent.

Last week, the bank appointed leadership advisory firm Egon Zehnder to help it search for a new chief executive, and said its board would ensure that the process is completed before Sharma's term ends.

Sharma, who had been originally given a three-year term to begin from June 1, sought to shorten her tenure after the central bank reportedly expressed concerns.

In December, the bank was ordered by India's markets regulator to conduct an internal investigation into a suspected leak of financial information and to strengthen its handling of such data, after a Reuters report documented messages about company results being circulated on private WhatsApp groups ahead of official release.

The bank has submitted its report on the investigation to the capital markets regulator, but has yet to hear back, Sharma said on Thursday.

Shares in Axis Bank, valued at about $19 billion, closed 0.9 per cent lower ahead of the results in a Mumbai market that gained 0.5 per cent. The stock is down 12.4 per cent so far this year, underperforming a 2 percent fall in the banking sector index and a 0.8 per cent rise in the main index.

Promoted
Listen to the latest songs, only on JioSaavn.com
Yes Bank shares have gained 11.8 per cent in 2018.
© Thomson Reuters 2018

Banks Concerned As Trade Settlements With Russia Stall Amid Sanctions