As Crowdfunding Gets Popular, Investors See A New Market

It is no surprise that crowdfunding has lately managed to draw interest not only from the philanthropic entities but also from creative professionals. 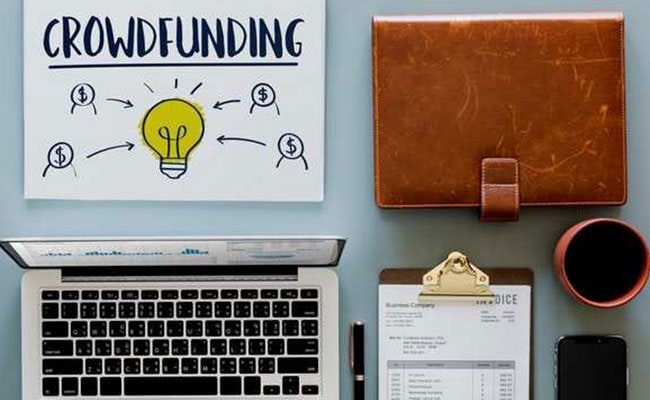 Crowdfunding is gradually being acknowledged as a profitable and self-sustainable sector.

The ease of raising funds with the aid of technology, without any regulatory hassles, facilitates the emergence of 'crowdfunding'. Crowdfunding can be said as an alternative mode of raising money especially for the fund-seekers who seem to have only a few doors to knock at. It is no surprise that crowdfunding has lately managed to draw interest not only from the philanthropic entities but also from creative professionals such as film makers, and from the profit-making organisations, especially start-ups. This largely unregulated mode of funding has emerged as an alternative mode to reckon with because of several reasons.

The concept of crowdfunding is not nascent, but has lately gained prominence on the growing interest of venture capitalists/ investors, and technological intervention that has made the task of raising funds online no more than a cakewalk. Though it is yet to strike a chord with the for-profit corporate entities, it has undoubtedly turned out to be a boon for the not-for-profit organisations.

In another case, Ketto, a donation based online fundraising website, is raising funds not for itself, but for a large number of social, creative and personal causes from a mass of people, who are often referred to as a 'crowd' in financial parlance.

What makes it tick: Data analytics

What, in fact, makes the online crowd funding tick is the easy availability of analytical data that helps the fund-raisers first identify, and then reach out to their target audience virtually in a large number. If a fund-raising company manages to reach out to a hundred or thousand individuals through a carefully-shortlisted sample via analytical tools, the chances of raising funds would be higher than without it.

The beneficiaries of crowd-funding may be the not-for-profit ventures in most cases, but the companies that facilitate this finance-raising are profit-making, and, have managed to carve a niche for themselves by setting up sustainable profit-making ventures. Crowdera, a crowdfunding platform, is a case in point.

"I decided to build a company that can last for no less than three to four decades. And it took me seven years of research and over three-and-half years of hard work to establish Crowdera", said Chet Jain, CEO and Founder, Crowdera.

Crowdfunding is gradually being acknowledged as a profitable and self-sustainable sector in itself. No wonder that it has been embraced both by the not-for-profit and for-profit entities. Not only commercial entities including fledgling start-ups, but also the creative persons including film makers are taking a plunge into the sea of crowd-funding to find a pearl or two for themselves.

"Professionals these days love the ease of communication via crowd-funding platforms driven by shared emotions and much less hassle as mostly it is a pure play contribution against some perk (like a prepayment for an event ticket, or DVD or hand written note or just a twitter shout out)", added Mr. Jain.

The crowdfunding entrepreneurs credit the penetration of internet for the growing success of crowdfunding. "The humans of the internet never cease to surprise other with the things they do - be it trolling or chipping in small doses of contribution to contribute a bit for the society, they do it all," said Varun Sheth, CEO, Ketto, a donation-based online fundraising website.

How is it done?

Crowdfunding can facilitate raising of funds for a range of causes that should ideally be in tune with their CSR (Corporate Social Responsibility) vision of the company. This helps them to not just make an impact but also give an impetus to their brand.

And with the proliferation of crowdfunding agencies, those who need the money don't need to undergo the hassle of reaching out to prospective contributors/ donors on their own. They can, and in fact, should, engage the online fund-raising companies to effectively carry out the job. In case of not-for-profit organization, it works like this: At the outset, campaign manager interacts with the concerned organization to check the authenticity of story that is told to the prospective contributors. After campaign manager's approval comes through, the story is put live on the website, and other social channels, so that the maximum number of people can be roped in for sourcing the funds. As they say the more the merrier.

Investors chip in to complete the circle

As the crowdfunding graduates to become a full-fledged industry, the entry of investors is symptomatic of the growing acceptance of this sector as a profit-making proposition.

It's probably because of the profit-making ability of these crowdfunding ventures that they have managed to start to draw a clutch of investors. Marquee investor Anil Advani is one of the investors who pumped in some money in crowdfunding platforms.

He explains, "The not-for-profit online fundraising campaigns are being run on social networks and donations too, are being made on mobiles. The digital era has thus, empowered the fund-seekers and the donors alike. Most fundraisers need help in execution of their campaigns."

Promoted
Listen to the latest songs, only on JioSaavn.com
An investor usually looks forward to the potential of higher returns. The same applies to crowd-funding investors. "When we present our idea to our investors, they look into each aspect. If investors find your potential enough to lead and expand then they are ready to invest. Same is the scenario with crowd-funding investors", said Mr Sheth.

"Lack of access to funds has always been detrimental to success of any project, be it a for-profit or non-profit project. For example, crowdfunding has made it easy for a patient in medical emergency from some remote town in India to receive help from someone from Canada or United States. Indeed, crowdfunding is helping the world believe that #AbundanceStartsWithGiving", added Mr Jain.