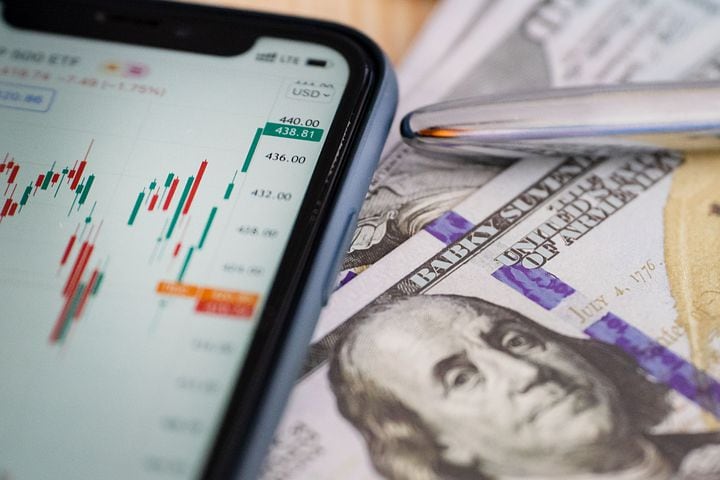 Investors have expressed concern that major central banks' aggressive interest rate hikes to combat inflation could lead to a recession, which would decrease demand for commodities and other items.

That suggests bad news for the financial markets now appears to be quickly turning into good news.

Indeed, stock markets globally surged on Friday and posted strong gains for the week as a recent dip in commodity prices eased worries about inflation and the possibility of rate hikes.

The benchmark S&P 500 confirmed a bear market in the prior week. US Treasury yields gradually climbed from a two-week low.

The pan-European STOXX 600 index and the worldwide MSCI stock index both saw gains of 2.62 and 2.63 per cent, respectively.

"The (stock) market came into this week oversold, so it was time for a bounce," Quincy Krosby, chief equity strategist at LPL Financial in Charlotte, North Carolina, told Reuters.

"We've seen oil prices come down along with other commodity prices," she said, adding that the market's move reflects "expectations of at least a marked slowdown if not an out-and-out recession."

But recession or a sharp global economic slowdown risks have to play out first before a fall in demand catches up with inflation-fighting central banks.

On Friday, Indian equity benchmarks rose for a second straight session, rounding off a successful week. Asian markets, which ended the week on a high note, carried over the gains from overnight on Wall Street.

But the rupee hit a new all-time low of 78.33 against the dollar, underscoring deep concerns, despite the greenback's decline on Friday, recording its first weekly loss of the month.

Following monetary policy tightening by the Reserve Bank of India and the US Fed, high oil prices, and a volatile rupee, foreign investors continue to flee Indian equities markets, with withdrawals totalling close to Rs 46,000 crore so far this month.

So the risks are plenty.

For the week ahead, analysts predicted that global trends, the price of crude oil, and foreign institutional investments would influence Indian stocks. They also warned that benchmark indexes would be volatile due to the upcoming monthly derivatives expiry.

"Indian markets managed to recover from lower levels after two weeks of sharp cuts thanks to a recovery in global markets and a cut in commodity prices. It seems that this recovery may see a further extension, and we can expect a decent rally in the coming days in equity markets," Santosh Meena, Head of Research at Swastika Investmart, told PTI.

He added that crude oil, rupee movement and FIIs' (foreign institutional investors) behaviour would be other important factors.

Tata Consultancy Services was the biggest gainer last week, with the valuation of nine of the top 10 firms, based on market capitalisation, rising by Rs 2.51 lakh crore.

While Reliance Industries was the only member of the group to lose ground, other winners were HDFC Bank, Infosys, Hindustan Unilever Limited, and ICICI Bank.

But the movement in the rupee, expiry of contracts and the progress of the monsoon would be watched by investors.

"Besides, the performance of global indices, especially the US, crude movement and monsoon progress, etc., will remain on the radar. This week also marks the beginning of a new month, so auto numbers will also start pouring in from July 1," Mr Mishra added.

Yesha Shah, Head of Equity Research, Samco Securities, said, "this week has a host of events arriving which could affect the market's mood. Investors will analyse the US quarterly GDP growth rate numbers."

According to Mr Shah, stock-specific swings on D-Street in India will continue to be driven by car sales data as investors try to predict the market's direction. The monthly F&O expiry in the second half of the week may also contribute to index volatility.