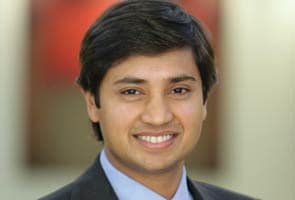 Aiming to simplify its operations, ArcelorMittal has reorganised its top management structure, vesting more responsibilities with group CFO Aditya Mittal who has also been designated as CEO of the world's largest steel maker's Europe operations.

The restructuring, however, leaves India operations untouched with Sudhir Maheshwari's responsibilities remaining the same as CEO of India and China and head of M&As, finance and risk management.

"We have implemented these changes to simplify the organisation and ensure we have the strongest possible foundation from which to operate and grow in the future. I am confident that these modifications will enable us to achieve that," ArcelorMittal chairman and CEO Lakshmi Mittal said.

ArcelorMittal is the world's leading steel and mining company, with a presence in more than 60 countries and an industrial footprint in over 20 countries.

The company, which has been cutting costs, managed to narrow down its net loss by over 3 times to $193 million for the third quarter of 2013. However, this was a fifth consecutive quarterly loss posted by the company.

In the changed structure, Algeria, Kazakhstan, South Africa and Ukraine will report to Davinder Chugh as CEO of ArcelorMittal Africa and the CIS, while Tubular Products will report to Gonzalo Urquijo, who will also become head of health and safety and corporate affairs.

Separately, Henri Blaffart, in addition to being executive vice president and group head of human resources, will also take responsibility for corporate services encompassing legal, capital goods, shipping and IT, reporting to the CEO.

Bill Scotting will remain CEO of mining operations. Robrecht Himpe is appointed head of business optimisation, Europe, and will report to Aditya Mittal, the statement noted.

It also said Geert Van Poelvoorde is appointed head of Flat Carbon Europe and will also report to Aditya Mittal.

Meanwhile, the company said Michel Wurth has notified his intention to retire in April, 2014 but will retain his links with the company as chairman of ArcelorMittal Luxembourg and, subject to approval at the annual general meeting, as a member of the ArcelorMittal board of directors.

"I am delighted that he will retain his links with the company, as both a member of the board and chairman of ArcelorMittal Luxembourg," said chief executive Mr Mittal.