The top court gave one last opportunity to Amrapali Group and its directors and promoters to comply with its each and every direction. 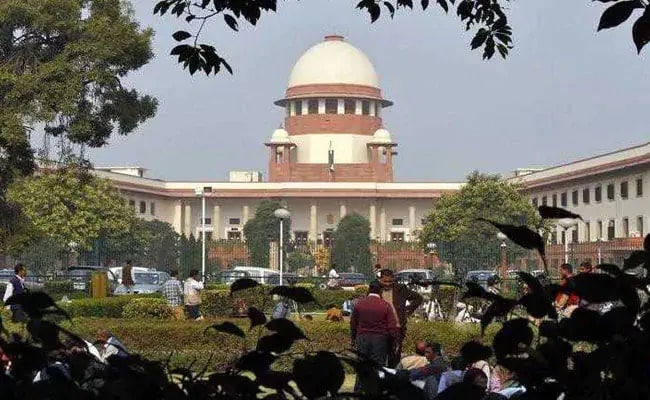 "Writing is very clear on the wall," the Supreme Court warned the embattled real estate firm Amrapali Group on Tuesday over its repeated non-compliance and "hood-winking" of the court's order.

The top court asked the realty firm to reveal by December 3 details of all its properties in the name of directors, their family members, relatives, chief financial officers and statutory auditors in the country and abroad.

It gave the last opportunity to Amrapali Group, its directors and promoters to comply with every direction passed by the court since May last year.

A bench of Justices Arun Mishra and UU Lalit said that Amrapali Group will have to disclose each and every detail and activity including financial transactions by which home-buyers' money was transferred.

"We make it very clear that Amrapali Group should disclose each and every activity in clear terms it took since 2008 onwards related to the construction of residential, commercial, personal, official and financial where the money was transferred. If all the disclosures are not made by Amrapali Group and its directors then the writing is very clear on the wall," the bench said.

It said the company has to disclose details of assets of all the directors since 2008, assets created in the name of their family members, relatives, chief financial officer and statutory auditors.

The company is responsible for diversion of home-buyers' money, it said.

The top court asked the embattled group to furnish details of all the land which has been sub-leased, structures raised on it and the financial benefits to the company.

It directed the banks, Noida and Greater Noida authorities, and other bodies concerned to cooperate with the forensic auditors saying that they have been acting on the direction of the court and any non-compliance will be treated as contempt of the court.

It directed the registry of the court to accept a Rs 1-crore demand draft given by Amrapali's CFO Chander Wadhwa, and asked the group to depute four persons for assisting the forensic auditors in their investigation of company's affair.

The bench posted the matter for further hearing on December 5 and asked the company to file its reply by December 3.

On November 13, in a massive crackdown on Amrapali Group for "wilful disobedience" of its orders, the apex court had attached the company's 100-bed multi-speciality hospital, bank accounts, the building which houses its office, certain firms and a "benami" Villa in Goa.

It had asked the CFO to deposit Rs 11.69 crore with its registry within three weeks. It also asked a statutory auditor Anil Mittal to pay Rs 47 lakh.

It restrained the realty firm from alienating its companies through which it had transactions and ordered attachment of such firms.

The top court has also restrained Amrapali Group from creating any third party rights for 86 luxury cars and SUVs purchased from the company's funds.

It had sought the presence of CMD Anil Sharma and two directors Shiv Priya and Ajay Kumar on November 19 and said that Amrapali Group had deliberately not complied with its earlier order and committed a "serious fraud" by diverting home-buyers' money from one company to other.

It has ordered the attachment of the group's state-of-the-art, multi-speciality, 100-bed hospital situated at Greater Noida for which funds from sister company Ultra Home Construction Pvt Ltd were utilised.

The court has also attached the bank accounts of GauriSuta Infrastructures Pvt Ltd, its director Sunil Kumar and its assets after forensic auditors disclosed that Amrapali transferred home-buyers' money from one firm to sister companies using it as conduit.

Besides, it has ordered attachment of towers which housed the company's office and 'Aqua Fortis' villa in Goa for no one came forward to claim ownership.

On October 31, the apex court had directed the Amrapali Group to disclose the names of all the companies with which it had any kind of transactions after forensic auditors pointed out that there may be a web of more than 200-250 such firms where home-buyers' money was transferred.

The two forensic auditors, appointed by the court to look into the affairs of Amrapali Group had said besides 47 sister companies, they stumbled upon 31 companies whose names were never disclosed by the embattled real estate firm.

It had also initiated contempt proceedings against Sharma and its directors for prima facie violating court's order and thwarting the course of justice. The matter is listed on November 20.

The court is seized of a batch of petitions filed by home buyers who are seeking possession of around 42,000 flats booked in projects of the Amrapali Group.