According to Moneycontrol report, the company is looking to cut costs with demand for edtech services moderating after two years of excessive growth 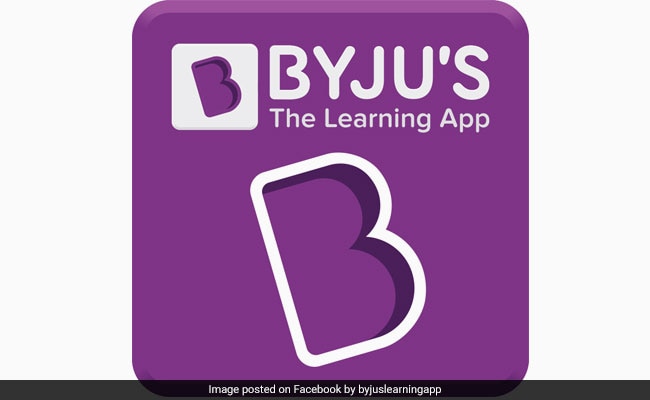 Byju's has laid off thousands of employees to cut costs

Amid news of edtech company Byju's having laid off 2,500 employees across its group companies, as reported in the media, the company issued a statement saying, it was "optimising" its teams across group companies.

The company added that the "entire exercise involves less than 500 employees across Byju's group companies".

"We strongly deny the misinformation presented by Moneycontrol. To recalibrate our business priorities and accelerate our long-term growth, we are optimizing our teams across our group companies. This entire exercise involves less than 500 employees from across Byju's group companies," a company spokesperson said.

Byju's on Thursday said that less than 500 people have been laid off at Whitehat Jr and Toppr, but sacked employees have claimed that 1,100 staff had been retrenched at Toppr alone.

The layoff at Toppr comes alongside Byju's group firm Whitehat Jr retrenching 300 employees in addition to the resignation of 250 employees from the company in April-May.

Toppr's sacked employees said that they got a call from the company on Monday and were asked to resign, failing which they will be terminated without any notice period.

When contacted, Whitehat Jr spokesperson said that the decision has been taken to realign business priorities and accelerate results with a focus on long-term growth.

"As part of our back-to-work drive, most of our sales and support employees have been asked to report to Gurgaon and Mumbai offices from April 18. We have made exceptions for medical and personal exigencies and have offered relocation assistance as required.

"Our teachers will continue to work from home. We continue to invest in developing relevant curriculum for students and build a strong teacher community with high recruitment and training standards," Whitehat Jr spokesperson said.

Another employee, who has been laid off by Toppr, said that earlier this year everyone was assured by the top management, including Hayath, that there is a high growth opportunity for the employees in the company.

"However, we have been getting some indication about low business after offline classes resumed across the country. I have worked at Whitehat Jr also. Online education is unable to match offline class," the employee added.

That comes days after a Bloomberg report that showed Byju's was delaying payments for an approximately $1 billion acquisition deal finalised last year, citing sources familiar with the development.

According to the Moneycontrol report, Byju's is looking to cut costs with demand for edtech services moderating after two years of excessive growth.

“Byju's has laid off full-time and contractual employees from Toppr, WhiteHat Jr, and its core team across sales and marketing, operations, content and design teams,” the Moneycontrol report quoting sources said.

PTI reported that edtech major Byju's group firm Toppr has laid off 1,100 staff or about 36 per cent of its workforce from the company earlier this week, according to some of the employees who have been hit by the decision.

Toppr's sacked employees said that they got a call from the company on Monday and were asked to resign, failing which they will be terminated without any notice period.

A query to Toppr co-founder Zeeshan Hayath on his WhatsApp did not elicit any response.

“While on June 27 and June 28, Byju's laid off over 1,500 employees from Toppr and WhiteHat Jr, the two companies it acquired over the last two years, on June 29, it sent out e-mails to nearly 1,000 employees from its core operations teams,” the Moneycontrol report added, quoting sources.

They have reduced content, solution-writing and design teams drastically across group companies. Some of these teams have even been reduced to zero.

Earlier they were laying off employees from the companies they acquired so that their name doesn't come directly, but now they have laid off employees from its core operations, the Moneycontrol report said further, citing source-based information.

“Moreover, about 600 contractual employees were laid off,  whose tenures were scheduled to end around October or November, this year,” it said, quoting sources further.

Top administration cited cost-cutting and redundancy in roles as the reason behind the layoffs, the report added.

"Byju's is also looking to integrate Toppr's operations with itself. So, for obvious reasons, other than educators, many roles will become redundant. Only about 100 employees are left at Toppr right now," the Moneycontrol report went on to add, quoting sources.