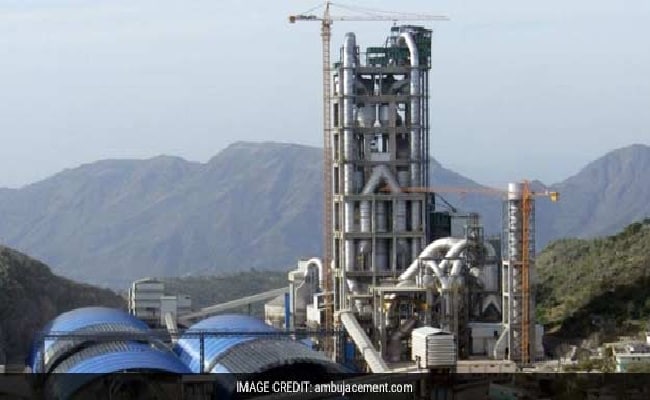 Ambuja Cements topline was at Rs 3,515 crore, while the bottomline was Rs 497 crore.

Ambuja Cements said its consolidated net profit jumped 34 per cent in the December quarter to Rs 968 crore, against Rs 722 in the year-ago period.

“Ambuja continues its journey of delivering strong performance with EBITDA growth of 40 per cent in the quarter and 23 per cent for the full year 2020. Margin expanded by 410 bps during the quarter and 480 basis points for the full year backed by strong performance in price, volume and costs. We have witnessed significant acceleration in volumes under the MSA with ACC,” said Neeraj Akhoury, managing director and chief executive officer, Ambuja Cements.

The company's topline in the period under review stood at Rs 7,453 crore — up 4.5 per cent from last year due to 7 per cent increase in volumes coupled with higher prices.

During the quarter ended review, the company incurred a charge of Rs 176.01 crore in respect of impairment of assets of its subsidiary, ACC Limited, at Madukkarai unit, as the carrying amount exceeded its recoverable amount and disclosed as an exceptional item. Meanwhile, the company's earnings before, interest, taxes, depreciation and ammortisation (EBITDA) increased by 32 per cent for the quarter, while the margin expansion for the quarter was up 400 basis points. There was a 47 per cent growth in operating EBIT in the Q4CY2020 and 15 per cent growth in operating EBIT for the full year CY2020.

During the quarter, the performance of the material subsidiary, ACC Ltd, showed that the net sales increased to Rs 4,066 crore as compared with Rs 3,970 crore last year. The EBITDA during the quarter stood at Rs 701 crore — a growth of 30 per cent as against previous year with a margin expansion of 360 basis points.

The subsidiary also generated additional cash and cash equivalents of Rs 1,357 crore during the year 2020, driven mainly by strong working capital actions, the company said in its release.

Total operating cost per tonne declined 2 per cent supported by operational efficiency programmes in the plants as well as logistics efficiencies. These have been partly compensated due to impact of rising fuel costs, Ambuja Cements added.

“This will further improve our market position in North and West regions,” Ambuja Cements said.