Eastern Dedicated Freight Corridor: With the operational Bhaupur-Khurja section, the existing Kanpur-Delhi mainline is likely to be decongested and will allow faster train operations 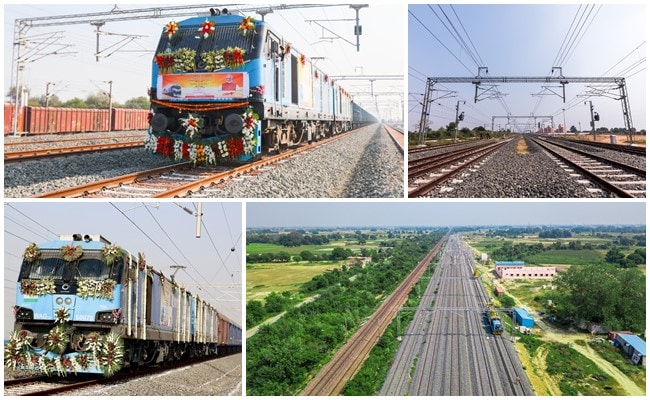 In 2015, multinational rolling stock manufacturer Alstom had won a contract worth €3.5 billion from Indian Railways authorities to supply 800 fully electric super-powered double-section locomotives of 12,000 horsepower (HP) capable of hauling almost 6000 tonnes at a speed of 120 km per hour. The contract resulted in the largest foreign direct investment (FDI) project in the Indian Railways sector. With this, India became the sixth country to produce indigenously developed e-locomotives.

The e-locos will increase the speed of freight transport in the country to two times faster. The WAG 12B locomotive is equipped with insulated gate bipolar transistors based propulsion technology. It makes use of regenerative braking which reduces energy consumption. The e-locomotives are being built in one of India's largest integrated greenfield manufacturing facilities situated at Madhepura in Bihar.