Using multiple instruments including foreign currency debt and green bonds, the Adani Group plans to raise up to $6 billion to swap its existing high-interest debt with lower-cost borrowings. 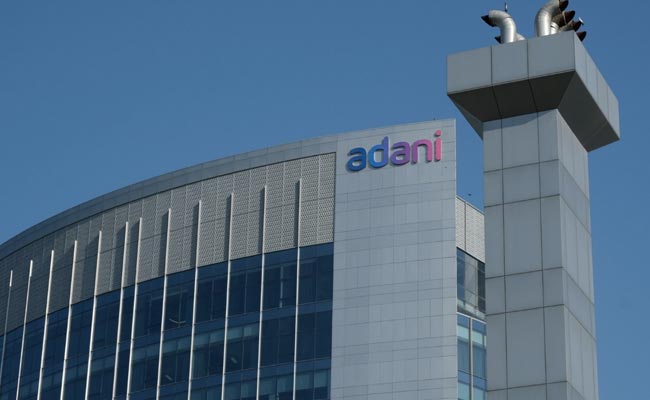 The move is aimed at lowering the ports-to-power group's overall burden of repayments.

Indian billionaire Gautam Adani's group is looking to raise at least $10 billion in new debt over the next year as his conglomerate seeks to refinance its high-cost borrowings and fund future projects, according to people familiar with the plans.

Using multiple instruments including foreign currency debt and green bonds, the Adani Group plans to raise up to $6 billion to swap its existing high-interest debt with lower-cost borrowings and deploy the rest for project financing, one of the people said, asking not to be identified as the information is private. The effort could start as early as the ongoing December quarter, the people said.

The move is aimed at lowering the ports-to-power group's overall burden of repayments, which has come under the spotlight as Asia's richest person pursues a string of ambitious acquisitions to diversify into sectors like green energy, digital services and media.

Despite rising interest rates worldwide, the conglomerate is confident of securing lower-cost loans due to its bigger asset base now, said the people. The timing of this fundraising effort, however, may change according to global market conditions, they said.

An Adani Group representative declined to comment on the fundraising plan.

The debt raising is separate to the company's plans to explore strategic equity investments in the group, the people said.

Indian newspaper Mint reported earlier this month that Adani and his family are in early talks with investors including Singapore's GIC Pte and Temasek Holdings Pte to raise at least $10 billion to fund the conglomerate's expansion into clean energy and ports. The Adani Group hasn't commented publicly on this report.

Adani's breakneck pace of expansion -- his $6.5 billion acquisition of Holcim Ltd.'s Indian units in May made the company the second-largest producer of cement in the local market -- has raised concern over the group's elevated leverage ratios. While the company has consistently defended its debt levels as "healthy," this effort to lighten borrowing costs underscores its need to avoid becoming or being perceived as becoming, over-extended.

Adani Green Energy Ltd. saw robust demand for its debut offering last September, receiving orders of more than $3.5 billion for issuance of just $750 million. But the macroeconomic headwinds have become much stronger since.

Dollar-denominated financing costs have shot up over the past two months, according to a Bloomberg index of Indian dollar-denominated corporate and quasi sovereign bonds, which includes Adani companies. The relative cost of swapping old debt for new is now the highest since the global financial crisis.

Yields on Adani bonds have surged this year, as dollar borrowing costs rise and are well above the level at issue. That suggests the companies may need to pay a premium to borrow now.

For example, the 2029 bond issued by Adani Ports now yields 9.4%, more than double the rate at issue. The yield on Adani Green's 2024 bond has increased three-fold since it was sold, data compiled by Bloomberg show.

Raising lower-cost debt in such a tough market will test the group's mettle and goodwill with bond investors and lenders. The flagship is already looking, however, to test the waters.

Adani Enterprises Ltd. is planning a maiden bond sale of 10 billion rupees ($121 million) to individual investors, according to a statement this week from Care Ratings, which assigned an A+ score for the proposed issuance.