In Afghanistan, buyers are instead snapping up digital coins in hopes of preserving what wealth they have 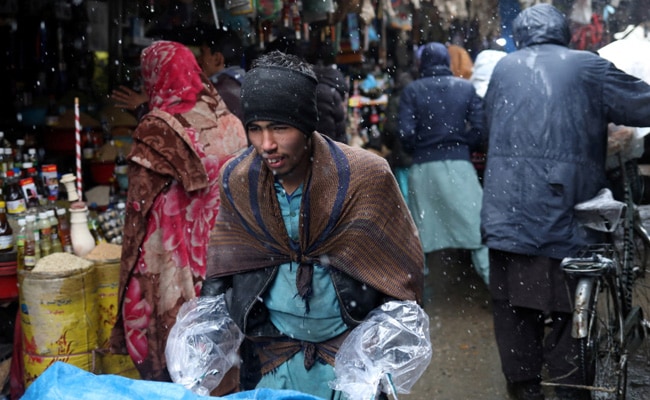 Cryptocurrency booms are often fueled by dreams of life-changing riches. In Afghanistan, buyers are instead snapping up digital coins in hopes of preserving what wealth they have - and keeping it out of the Taliban's reach.

In a white-walled office beside a open-air foreign exchange market, Habibullah Timori and his four employees are making trades for customers, using their Samsung phones. Chinese-made security cameras surveil. A sign on the wall says: “Kindly refrain from demanding a loan.”

The place is Herat, Afghanistan's third-largest city, an oasis in the western desert about 75 miles (120 kilometers) from the Iranian border. Mr Timori said his Maihan Crypto is the largest of the country's six crypto brokerages, four of which are located in Herat.

Many customers aren't looking to buy Bitcoin. Instead, they want stablecoins, digital currencies pegged to an asset such as the dollar and designed to retain their value.

“Demand for cryptocurrencies is high,” Mr Timori, 26, said in a video interview. “During other crises, people stored their cash and jewelry in the ground or under their pillows. This time, they've decided to keep it buried in crypto.”

Naser Ali, a property dealer in the city, first visited Maihan in October, paying 150 afghani ($1.73) for a 45-minute cryptocurrency training session and then registering an account with Binance, the world's largest crypto exchange.

Mr Ali, also 26, was worried the Taliban would seek to confiscate his assets, amid reports the extremist group was storming into residences and taking belongings.

In November, he took $30,000 from a safe at home and converted it into Tether, the biggest stablecoin. Maihan helped him do the deal.

“I wish I'd known about cryptocurrencies sooner, before the Taliban took over,” Mr Ali said in an interview.

It's another example of how cryptocurrencies have found new uses in the past year in countries riven by civil strife or war. Ukraine has received more than $60 million in crypto donations since Russia invaded it in late February. And in Myanmar, the government in exile has recognized Tether as an official currency as it seeks to fund a campaign to topple the military junta that seized power last year.

The Taliban's takeover had many unfortunate consequences for the people of Afghanistan, said Alex Zerden, a former financial attache to Afghanistan for the US Department of the Treasury whose firm, Capitol Peak Strategies, advises crypto companies. It's not surprising that people are using digital assets as a way to reduce the group's interference in their economic affairs, he said.

The Taliban seized Herat in August, and marched into the capital two days later, retaking full control of the country after two decades as US and NATO forces exited. The scenes from the fall of Kabul shocked audiences across the world.

Months later, the country is suffering under crippling sanctions. The US has blocked $9 billion in foreign-exchange reserves, the economy is on the verge of collapse, and the banking system is on the brink, with people only allowed to withdraw $400 a week. Some 95 per cent of the population doesn't have enough food to eat, the United Nations said in March.

But for Mr Timori, the Taliban's return has actually been good for business - at least so far.

Maihan now handles about $400,000 in crypto transactions each week, Mr Timori said, more than double the level before the Taliban took over.

A report last year by blockchain research firm Chainalysis ranked Afghanistan as one of the top 20 countries in the world in terms of crypto adoption. The results were weighted by purchasing power parity per capita, which favours poorer nations.

Buying cryptocurrency isn't easy in Afghanistan, partly because it's impossible to move funds directly from an Afghan bank account to an exchange such as Binance. Because of the sanctions, banking links with other countries are also severed.

That's where brokers such as Maihan come in.

Mr Timori and his staff use the traditional Hawala system, an informal way of transferring funds that accounts for about 90 per cent of financial transactions in Afghanistan. They send money - mainly US dollars - to contacts in countries such as Iran, Turkey and the U.S. Those people, in return, transfer digital tokens like Bitcoin and stablecoins to Maihan's Binance wallet.

That means a client can bring money to Maihan and get Tether, Bitcoin or other digital currencies in return. The brokerage also keeps a supply of funds on hand for when customers want to exchange their crypto for cash.

Of course, stablecoins aren't necessarily free of risks. Tether, which has a market cap of about $83 billion, has long been dogged by speculation about whether it's backed one-for-one by assets as claimed.

Maihan charges a commission of as much as 1.5 per cent on each crypto transaction, several times larger than the percentage usually levied by exchanges such as Binance. It takes in from $16,000 to $20,000 in revenue a month, according to Timori.

Timori said he gets to keep about $6,000 of that, a significant haul in a country where the average government worker pulls in about $400 a month, according to the Finance Ministry.

That doesn't mean he has an opulent lifestyle. Mr Timori is the sole breadwinner in a household of 11, including his parents and siblings. But he has been able to help his father pay off a $60,000 debt, a legacy of the 2016 collapse of his construction business.

He was studying urban planning in Herat University at the time. After finishing his degree, he decided to open the crypto brokerage.

Mr Timori started the business at his house in Herat in 2017, using social media for marketing. He offered “the sale and purchase of crypto within a second.” Maihan grew quickly, moving to the white-walled office later that year.

Herat became a center for crypto for a couple of reasons. One is its proximity to Iran, where the business is more widespread. Another is that other people in the open-air foreign exchange market near Mr Timori's office followed him into the game.

Mr Timori said he feels safer since the Taliban returned. Last year, when the kidnappings and robberies in Herat surged, he kept pistols in his office for protection.

But as the Taliban cracked down on kidnapping in the city, Mr Timori said he felt more comfortable about his safety, and handed over his guns to the regime.

Still, while the group's return may have boosted Mr Timori's business, it could also prove to be its biggest threat.

The question now is how the theocracy, which has one of the world's strictest interpretations of Islam, will rule on the future of cryptocurrency.

Under pressure from the sweeping sanctions, the group has said it's looking at all options to revive the economy, including, potentially, embracing crypto.

But economists and religious scholars must study whether digital tokens can be allowed under Islamic financial practices, Suhail Shaheen, the head of the Taliban's political office in Doha, Qatar, said in an interview with Bloomberg in February.

The Taliban's hardliners will ultimately win out, according to Ehsan Sadiq, a former economics lecturer at Jawzjan University in northern Afghanistan. Traditionalists in the Ministry for the Propagation of Virtue and the Prevention of Vice define it as gambling, “which is totally prohibited in Islam,” he said.

There's already a precedent in the Islamic world. In November, Indonesia's council of religious leaders declared that cryptocurrencies are forbidden for Muslims because they have elements of uncertainty, wagering and harm.

“The Taliban will definitely ban it,” said Mr Sadiq, who left the country after the extremist group returned to power and is now in Germany.

The regime has already clamped down on some crypto miners, according to Mr Timori, but not because they were mining Bitcoin. He tells the story of one of his friends. The Taliban torched 50 of his computers for mining, believing they were being used by the Americans to spy on the country. His friend fled to Iran, he said.

And that, said Mr Timori, is exactly what he will do if the Taliban bans crypto. He, too, will pack up everything and make the roughly two-hour drive to the border. Once in Iran, he'll get his business going again.

“We shouldn't be seen as harmful to the Taliban,” Mr Timori said. “We're helping to save the country's economy from collapse,” he said. “The Taliban must understand that.”