Happiest Minds Technologies' IPO got bids for 3.51 billion shares versus the 23.3 million on offer, ranking it among India's most successful first-time share sales of this decade. 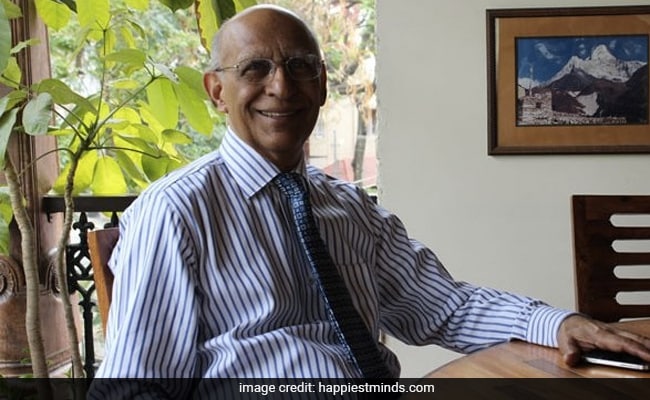 Ashok Soota, a pioneer of India's information technology services industry, has headed three outsourcing companies including one of the nation's largest, Wipro Ltd., and taken two of them public.

The second was this week when the initial public offering of his latest startup, Happiest Minds Technologies Ltd., was oversubscribed 151 times. The IPO got bids for 3.51 billion shares versus the 23.3 million on offer, ranking it among India's most successful first-time share sales of this decade.

“The IPO got a boost from the credibility of the founder,” said Abhimanyu Sofat, head of research at IIFL Securities Ltd. in Mumbai. “That added to investor confidence and led to institutional and foreign investors wanting a piece of the pie.”

Happiest Minds, which gets almost all of its revenue from digital services, is one of two IPOs this week to woo Indian investors. An offering from Route Mobile Ltd., a cloud infrastructure provider, was oversubscribed 73 times on the last day of the sale on Friday as the frenzy for technology stocks globally rubs off on even the smallest of companies.

The huge demand for both the companies bodes well for India's IPO market, which has seen only two main board offerings in 2020 despite a buoyant stock market. The S&P BSE Sensex is up about 50 per cent from a low in March even as the country saw its worst economic contraction on record in the June quarter and is the new global virus hotspot.

“The oversubscription reflects the premium at which most of the Indian market is priced at,” said Deepak Jasani, head of research at HDFC Securities Ltd. “The Happiest Minds IPO pricing was quite reasonable and left something on the table for investors.”

The Happiest Minds' shares were sold in a price range of Rs 165-166 ($2.3) apiece. Mr Soota raised Rs 140 crore by selling part of his stake. The sale closed Wednesday and the shares are likely to begin trading next week.

Mr Soota, 77, founded the Bengaluru-based startup in 2011. The venture followed an acrimonious parting with the co-founders at his previous startup Mindtree Ltd., which he had taken public in March 2007. That IPO was oversubscribed more than 100 times.

Happiest Minds expects to expand at an annualized rate of 20 per cent, almost double the industry growth rate, Mr Soota told BloombergQuint on September 7. The company gets 97 per cent of its revenue from digital services, compared with 30-50 per cent for its local peers, according to a report by Motilal Oswal Securities Ltd.