Both service providers -- Bharti Airtel and Tata Communications -- went down at the same time, hamstringing migration from Mumbai to Chennai, the people said, asking not to be identified discussing internal deliberations 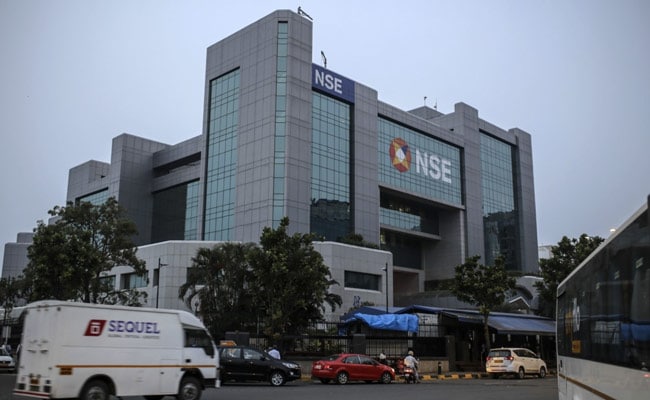 The incident prompted the nation's market regulator to ask the NSE to investigate why trading didn't migrate to its disaster-recovery site to prevent the longest-ever trading outage the country has seen. The exchange handles the globe's highest number of futures and options contracts, and with expiry looming Thursday, business was humming.

The NSE's engineers had also been a busy lot that morning. When they found that their lease-line data pipes weren't transferring, they decided that systems need to restart, according to people with knowledge of the matter. Surprisingly, both service providers -- Bharti Airtel and Tata Communications -- went down at the same time, hamstringing migration from the financial capital Mumbai to the southern city of Chennai, the people said, asking not to be identified discussing internal deliberations.

About an hour later, the NSE called a halt to trading in its cash and derivatives segments, citing "issues with the links with telecom service providers." It didn't offer an estimated time of resumption.

As restive dealers neared the typical close of 3:30 p.m., they were keen to complete their trades. Just like in other places around the world, India has seen an influx of new retail money amid the pandemic, and day traders were staring at losses. The NSE is one among several Asian exchanges to face technical glitches in recent months and while rival BSE was functioning normally, it is much smaller. "If NSE had informed brokers of a potential reopening or extension of trading hours, at least by 3 p.m., we, along with many other brokers, would not have had to take risk mitigation measures and square off positions on BSE," Zerodha Broking , the country's largest broker with over 4 million clients, said in a blog post. "Unfortunately, because there were no updates given to brokers, we had no other choice. The last minute notification of the trading extension at 3:17 p.m. came a little too late."

Representatives for Bharti declined to comment, while Tata Communications and the NSE didn't immediately comment. Trading ultimately resumed at 3:45 p.m. and ran through 5 p.m., with the NSE Nifty 50 Index ending up 1.9 per cent while the S&P BSE Sensex closed with a 2.1 per cent gain. That's even as a regional gauge of Asian stocks slumped 2 per cent.

"I'm getting so many calls since morning," Mukesh Jain, managing director at Maverick Share Brokers 1,000-kilometers away in the walled city of Jaipur, said on Wednesday. "Not many of our new investors would have witnessed a situation like this, where you are unable to trade ahead of F&O expiry tomorrow. So it is natural for them to panic."

The NSE handles about twice the stock volume of the BSE, and controls about 80 per cent of India's derivatives market.

Its total futures and options turnover was Rs 30.6 trillion ($423 billion) Wednesday, about a quarter lower than Rs 40.3 trillion in the previous session. Volumes on the BSE at Rs 407 billion were the highest since March 2017, due to diversion of trades to that exchange, according to Deepak Jasani, head of retail research at HDFC Securities.

Volatility will continue when markets reopen Thursday because a lot of people are still stuck, predicts Gaurav Garg, head of research at CapitalVia Global Research in Indore. "For people who are on the fence, looking forward to enter the market, when these kind of things become headlines it dampens their overall motivation to participate," he said.

Shooting in the Dark

Technical glitches have disrupted trading at several stock exchanges in the Asia Pacific region in recent months. In October, a hardware issue forced an unprecedented all-day halt on the Tokyo Stock Exchange. Australia's stock exchange opened for less than half an hour on November 16 before a software issue forced it to close for the rest of the session.

Wednesday's disruption revived memories of an episode in July 2017, when the NSE shut both the cash and derivatives segments due to technical issues, with traders unable to execute trades at its venue and prices not updating. Trading was later restarted after keeping traders on tenterhooks for about three hours with conflicting messages about what time operations would resume.

NSE has been planning an initial public offering since 2016, which was delayed after it was embroiled in a probe into whether it allowed preferential access to some high-frequency traders. The NSE has since closed the loophole, regulator Sebi said in an order in 2019 while imposing a fine.

"It went kind of downhill because of lack of communication," said Jimeet Modi, chief executive officer at Mumbai-based Samco Securities Ltd., referring to Wednesday's outage. "Everyone was shooting in the dark."