Women Workers Must Cover Up 'Even With A Blanket', Say Taliban

It was unclear why the Taliban issued this statement, as most women in Afghanistan have anyway always covered their heads in public, with a loose shawl at the very least. 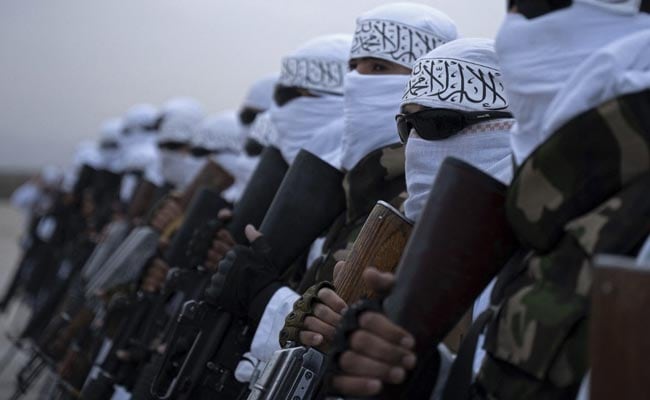 Most women have been barred from their government jobs, since the Taliban took power in August.

Women working in Afghan government departments must cover up -- even with a blanket if necessary -- or they may lose their jobs, the Taliban's religious police said Tuesday.

Most women have been barred from their government jobs, since the Taliban retook power in August, though Afghanistan's new rulers claim they will be allowed to return once some conditions are in place -- such as segregated offices.

On Tuesday, the Ministry for the Promotion of Virtue and Prevention of Vice issued a statement saying women should not go to work unless they were properly covered, and they could be fired if they did not follow guidelines.

The ministry earned notoriety during the Taliban's first stint in power from 1996 to 2001 for policing the leadership's strict interpretation of Islam.

It was unclear why they issued Tuesday's statement, as most women in Afghanistan have always covered their heads in public -- with a loose shawl at least.

"They can follow the hijab the way they want," ministry spokesman Mohammad Sadeq Akif Muhajir told AFP when reached for clarification.

But when asked if this meant they had to wear the all-covering burqa that the Taliban made compulsory during their previous rule, he demurred.

They can wear "any other sort of hijab, it is up to them, but they must (cover up) properly... even wear a blanket", he said.

During the Taliban's previous stint in power, a strict interpretation of Islam meant policing people's day-to-day habits, actions, and clothing.

Western clothing was prohibited, men were ordered not to shave, and people were thrashed if they did not hurry along to prayers.

Despite promising a softer version of their rule this time around, some strict prohibitions have crept back in -- including banning TV dramas featuring women unless they have an Islamic theme, and forbidding music in public.

There have been few national edicts issued, however, and regulations appear to have been introduced around the country based largely on the whim of local officials, or according to traditional customs in conservative areas.