Kenyan development professionals Abdalla Dahir and Feisal Ahmed were having lunch together at the Secret Garden restaurant in the grounds of the hotel when the suicide bomber struck. 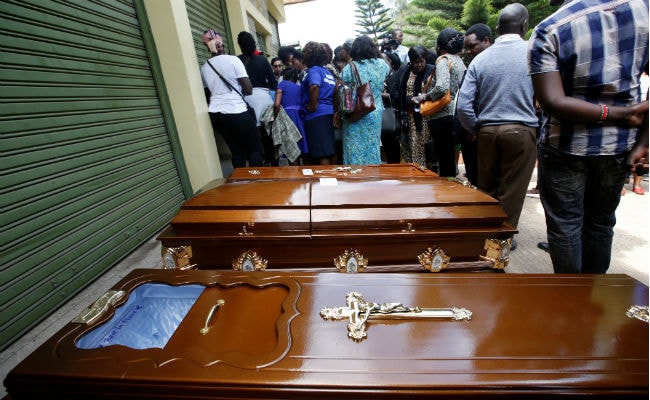 21 people were killed in a terror attack on an upmarket hotel complex in Nairobi.

An American who survived the 9/11 attacks, two best friends from Kenya who worked to help Somalia, and a British development professional were among at least 14 people killed when Somali militants raided a posh hotel complex in Nairobi.

Following are details on them:

"It is with a heavy heart that I have to report that my brother Jason Spindler passed away this morning during a terror attack in Nairobi, Kenya. Jason was a survivor of 9-11 and a fighter. I am sure he gave them hell!", his brother Jonathan posted on Facebook.

He studied business at the University of Texas and law at New York University, according to his Facebook page.

Most of his pictures showed him pursuing his passion of rock climbing in beautiful places. Spindler had also served with the US Peace Corps in Peru.

"Know you are mountain climbing with the angels tonight, Jason. You lived fully and beautifully, but you left us far too soon," wrote one Facebook friend.

Kenyan development professionals Abdalla Dahir and Feisal Ahmed, from consulting firm Adam Smith International (ASI), were having lunch together at the Secret Garden restaurant in the grounds of the hotel when the suicide bomber struck.

Friends and relatives described Ahmed, whose widow is seven months pregnant, and Dahir as inseparable.

Both worked on economic programmes trying to improve life in Somalia, home to the militant group that claimed responsibility for the attack.

"He (Ahmed) was an outgoing funny guy, charismatic. He was loved by everybody," said Mohammed Abdilatif, a close friend and colleague of Ahmed.

On LinkedIn, Dahir said he was passionate about photography and sharing "the stories of vulnerable people especially the voiceless victims of violence in order to educate the world about the detrimental impacts of war."

"They were close buddies," said Ahmed's brother-in-law Abdullahi Keinan. "They were so close, people said they would die together."

On Wednesday, their bodies left the mortuary together for a joint funeral.

Briton Luke Potter, another development professional, worked for Gatsby Africa as head of their forestry and tea portfolio.

He described himself on his company website as loving water-sports, camping, hiking and talking about adventures outside the city. He had only recently moved to Nairobi from Britain.

"I strongly believe in the need for societies to offer as equal an opportunity as possible to all, and that, while economic competitiveness is essential to build a country, long-term stability is not achievable unless the gains are widely spread," he said on the website.