US To Execute Man Convicted Of Kidnapping, Killing Eight Women In 1984

Police linked Robert Long to several unsolved murders in the Tampa area by matching fibers that were found on victims with fibers from the carpet in his car. 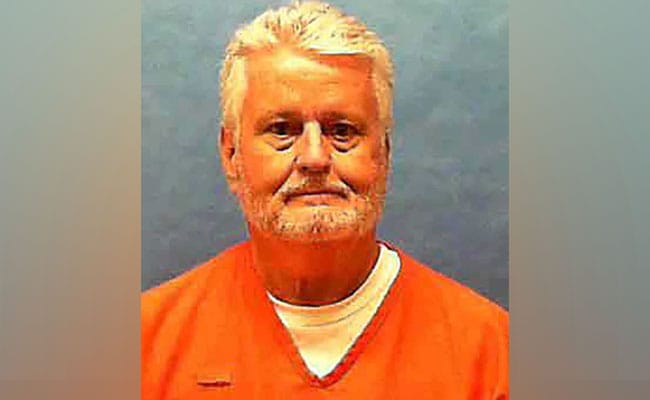 Robert Long is scheduled to die by lethal injection at 6 p.m. at the Florida State Prison in Raiford.

A 65-year-old man known as one of Florida's most notorious serial killers who was convicted of kidnapping, sexually assaulting and killing eight women in 1984 is scheduled to be executed on Thursday.

Robert Long is scheduled to die by lethal injection at 6 p.m. at the Florida State Prison in Raiford.

Investigators said Long's crime spree began in the early 1980s when he answered ads for household goods for sale in local newspapers placed by women, went to their homes and sexually assaulted them. Authorities believe that Long, dubbed the "Classified Ad Rapist," used this tactic to rape dozens of women in California and Florida.

Long was arrested for kidnapping Lisa McVey, 17, as she biked home from her job at a donut shop in Tampa in September 1984. She was taken to an apartment at gunpoint where she was repeatedly sexually assaulted, court documents said. McVey escaped and gave police a description of the man who assaulted her and his car, according to the court records.

Police linked Long to several unsolved murders in the Tampa area by matching fibers that were found on victims with fibers from the carpet in his car. He confessed to killing nine women, according to court records.

In September 1985, Long pleaded guilty to first-degree murder and was sentenced to death for the May 27, 1984, homicide of Michelle Simms, 22, whom he picked up in Tampa, according to the death warrant signed by Florida Governor Ron DeSantis.

During the same September 1985 court hearing, Long pleaded guilty to charges stemming from the abduction, rape and murder of seven additional women in the Tampa area in 1984, the death warrant said.

"I pull over, they get in, I drive a little ways, stop, pull a knife, a gun, whatever, tie them up, take them out. And that would be it," he said, according to court documents.

Long has unsuccessfully appealed his case in various state and federal courts. As of Wednesday, the U.S. Supreme Court was considering an appeal by Long, who asked the court to halt his execution so constitutional challenges to his conviction and sentencing can be considered.

Long would be the eighth inmate to be executed in the United States in 2019, according to the Death Penalty Information Center, an organization that tracks executions.

(Except for the headline, this story has not been edited by NDTV staff and is published from a syndicated feed.)
Comments
Robert LongFloridaSerial killer US