UK has witnessed extremely high temperature in recent months, with the mercury crossing the 40 degrees Celsius-mark in July. 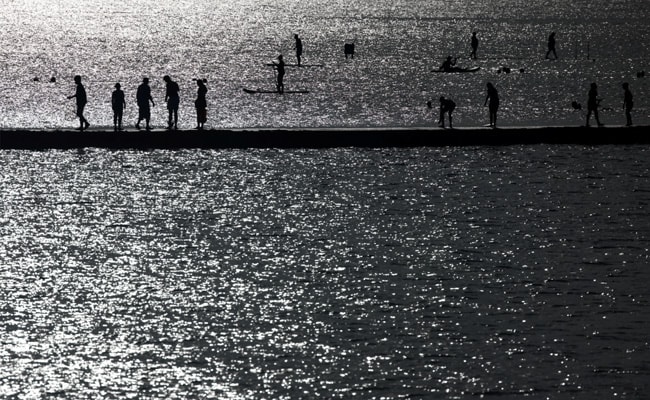 The spell of extreme heatwave in the United Kingdom is expected to end on Monday as the weather office has made prediction about thunderstorms. The Met Office has warned that these thunderstorms could bring flash floods and even spark wildfires. The country has experienced its driest July since 1935 as temperature in most regions recording the least rainfall. Yellow alerts for thunderstorms are in place everywhere except the north of Scotland on Monday. The warning has been extended till Tuesday for all of England and Wales.

The Met Office said that extremely low rainfall has left large swathes of land in the UK parched, so the rain is likely to hit the ground and run off, like on concrete, which could lead to flash flooding.

According to BBC, Scotland and Northern Ireland recorded rain and lower temperature on Sunday. Today, other parts of England are expected to witness rain.

The sudden change in weather is due to alteration in air pressure, Dan Stroud, a meteorologist at the Met Office, told The Telegraph.

"We've had a number of days now where we've had clear, strong, clear skies and strong sunshine which has heated up the ground," he said.

However, the downpour won't bring relief from drought. "It will help a little but, really, it's almost the wrong sort of rain," Mr Stroud told the outlet. "What we're likely to see is some heavy, intense downpours. With the ground baked so dry, it's very difficult for the ground to actually absorb the water very quickly," he added.

Drought was declared in as many as eight areas in England on Saturday.

The country has witnessed extremely high temperature in recent months, with the mercury crossing the 40 degrees Celsius-mark for the first time during the July heatwave.

The hot weather has also caused wildfires around England, from the North York Moors National Park to Dorset on the south coast.

Video: Women Flogged In Afghanistan For Shopping Without Male Guardian