Sogyal Rinpoche, a former close friend of the Dalai Lama, suffered a pulmonary embolism and "left this world" at around 01:00 pm (0500 GMT) on Wednesday, a post on his Facebook page said. 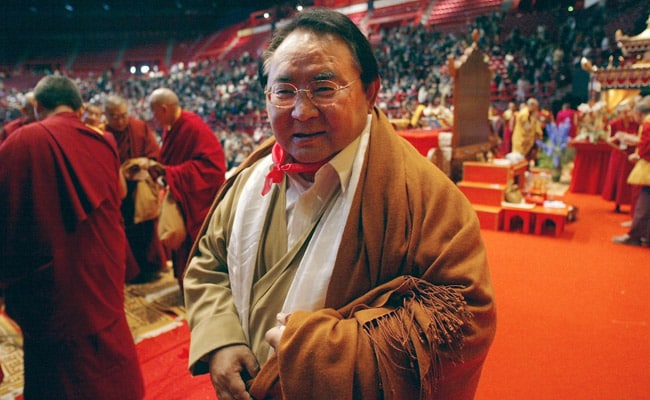 Sogyal Rinpoche always denied the allegations, but an independent inquiry upheld many of the complaints

A controversial Tibetan monk whose best-selling book on Buddhist wisdom was overshadowed by multiple allegations of sexual abuse has died in Thailand, his official social media account reported.

Sogyal Rinpoche, a former close friend of the Dalai Lama, suffered a pulmonary embolism and "left this world" at around 01:00 pm (0500 GMT) on Wednesday, a post on his Facebook page said.

"The doctors did everything they could but could not restore the function of his heart... Rinpoche is now resting in meditation," it said.

Rinpoche penned the best-selling "The Tibetan Book of Living and Dying" in 1992, which became a huge hit in the West with people disillusioned with their lifestyles.

It explored birth, karma, death and reincarnation, and how to train the mind through meditation.

Born in 1947 in Tibet, Sogyal Lakar Rinpoche was recognized as the reincarnation of Terton Sogyal, a teacher of the 13th Dalai Lama.

In the 1970s he became more prominent internationally and founded Rigpa, a network of more than 100 spiritual centres, many of them in France.

He was pushed out of the organisation in 2017 after former students accused him of physical, emotional, psychological and sexual abuse.

The current Dalai Lama came out against his former friend, calling him "disgraced".

Rinpoche always denied the allegations, but an independent inquiry upheld many of the complaints, and he withdrew from public life.

His Facebook page was flooded Thursday with messages that touched on reincarnation.

"It is so refreshing to hear all the outpouring of love in these posts and not the constant focus on the negativity which has surrounded him in recent years," one person wrote.

Another said they were deeply saddened by the news, but knew that Rinpoche would "come back soon with his limitless compassion for all the sentient beings".

Elsewhere on social media, reaction to his death was more damning, with one post drawing parallels between Rinpoche's behaviour and the #MeToo movement.

"Sogyal Rinpoche is headed for a pretty unpleasant rebirth," a Twitter user said.