The prince, dubbed the Warren Buffett of Saudi Arabia, was released from the now-notorious Ritz-Carlton hotel in early January. 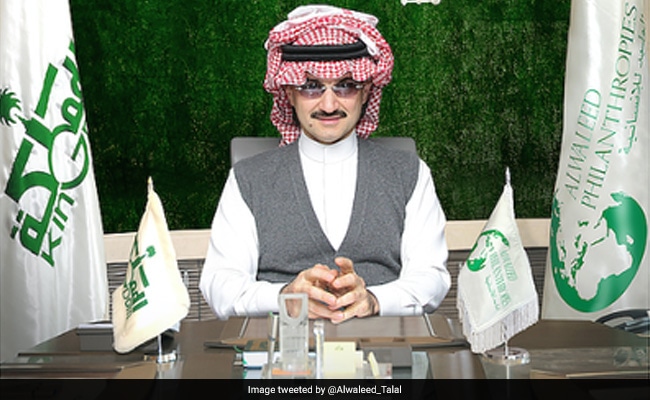 Al-Waleed was the most high-profile detainee among 350 suspects. (File)

Riyadh: Billionaire Saudi Prince Al-Waleed bin Talal says all is forgiven after his three-month detention in an anti-corruption crackdown, dismissing speculation he had forfeited control of his assets in exchange for his freedom.

The prince, dubbed the Warren Buffett of Saudi Arabia, was released from the now-notorious Ritz-Carlton hotel in early January after an undisclosed financial agreement with the government.

"I am not a person who is going to say I forgive but I don't forget. I say I forgive and I forget at the same time," Prince Al-Waleed said in an interview with Bloomberg News published on Tuesday. 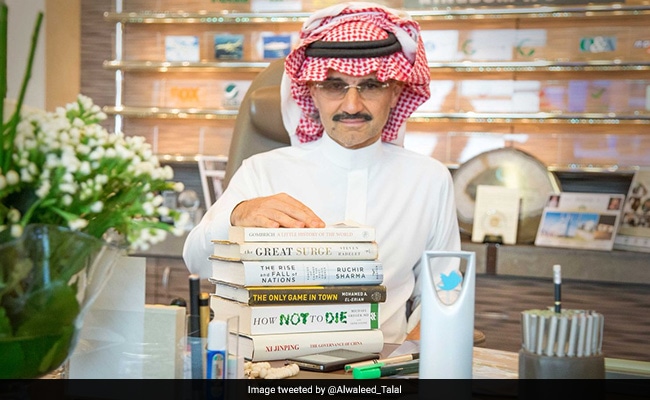 Al-Waleed bin Talal said that he was "never tortured". (File)

The prince refused to divulge the terms of his release, which he described as a "confidential and secret agreement".

The agreement had, however, left him free to function normally with "zero guilt" and "zero conditions", he said.

Al-Waleed was the most high-profile detainee among 350 suspects rounded up since November 4, including business tycoons and ministers, who were held in Riyadh's luxury Ritz-Carlton.

The prolonged detention of Prince Al-Waleed, ranked among the richest men in the world, had sent shock waves across a host of companies that count him as a major investor.

A Saudi official told AFP that the prince's release came after a monetary settlement similar to deals that authorities struck with most other detainees in exchange for their freedom.

He revealed no figures.

Attorney General Sheikh Saud al-Mojeb, however, has said that $107 billion has been recovered in the crackdown in various forms of assets handed over that included property, securities and cash.

Al-Waleed also denied reports he had been tortured or subject to mistreatment behind bars.

"I was never tortured," he said.

The prince asserted that he was firmly in control of his Riyadh-listed Kingdom Holding company and was working with advisers, including Goldman Sachs, to find investments as large as $3 billion.

"Some people in business community will be doubtful, will say: 'What's going on?'

"However, I assure them that everything is normal and we are functioning as we were before and we welcome them to come here to see what we're doing in Saudi Arabia and life is back to normal."

Crown Prince Mohammed bin Salman, the 32-year-old son of the king, is behind the unprecedented crackdown on corruption among members of the government and royal family, as he consolidates his grip on power.

Some critics have labelled Prince Mohammed's campaign a shakedown and power grab, but authorities insist the purge targeted endemic corruption as the country prepares for a post-oil era.

(Except for the headline, this story has not been edited by NDTV staff and is published from a syndicated feed.)
Comments
Saudi Prince AlwaleedRitz Carlton RiyadSaudi Arabia