The G20 presidency, which Saudi Arabia takes over from Japan, will see it host world leaders for a global summit in its capital next November 21-22. 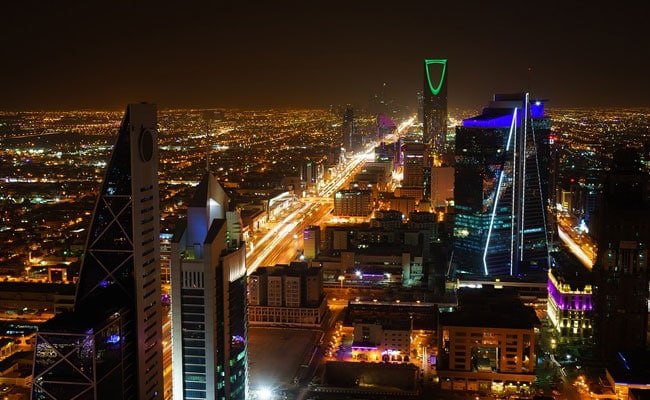 Saudi Arabia will host more than 100 events and conferences in the run-up to the G20 summit.

Saudi Arabia became the first Arab nation Sunday to take over the G20 presidency as it seeks to bounce back onto the world stage following global uproar over its human rights record.

The oil-rich kingdom has promoted a liberalisation drive, including granting greater rights to women, but faced strong criticism over a crackdown on dissent and the murder last year of journalist Jamal Khashoggi.

The G20 presidency, which Saudi Arabia takes over from Japan, will see it host world leaders for a global summit in its capital next November 21-22.

"The kingdom of Saudi Arabia assumes the G20 Presidency today, leading up to the summit in Riyadh" in 2020, the official Saudi Press Agency said.

"The Saudi G20 presidency is committed to continuing the work from Osaka and promoting multilateral consensus."

Saudi Arabia will host more than 100 events and conferences in the run-up to the summit, including ministerial meetings, the agency said.

"When Saudi Arabia assumes the G20 presidency, it will become the first (Arab) nation to lead this intergovernmental body," Dennis Snower, president of the think-tank Global Solutions Initiative, said in a statement.

"This presidency... will be challenged by a central paradox: global risks like climate change, demographic developments, such as low birth rates, rising life expectancy and aging societies... but rising populism and nationalism are preventing progress at the multilateral level."

Rights groups have urged G20 member states to exert pressure on the kingdom over its intensifying crackdown on dissent, which has seen several women activists, journalists and political dissidents jailed.

Campaigners reported on Monday that Saudi Arabia had detained at least nine academics, writers and activists, the latest in a series of crackdowns on intellectuals over the past two years.

Activists say that some were subsequently released, but the detention of liberals -- in the midst of the much-hyped liberalisation drive -- underscores what observers call increasing repression and authoritarianism.

"Saudi Arabia steps up to the G20 presidency amid a new wave of arbitrary arrests of peaceful critics, with many human rights defenders still languishing behind bars, and just over a year since the horrifying killing of Jamal Khashoggi," Heba Morayef, Amnesty International's director for the Middle East and North Africa, said in a statement.

"World leaders in the G20 must pressure Prince Mohammed to ensure enjoyment of all human rights including freedoms of expression, association and peaceful assembly."

(Except for the headline, this story has not been edited by NDTV staff and is published from a syndicated feed.)
Comments
Saudi ArabiaG20 summit