Historians took a closer look when renovation works began across the whole parliamentary estate in 2018, according a historical consultant on the project. 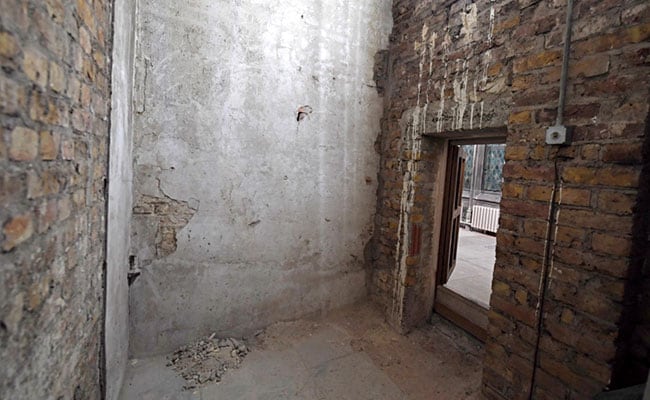 A forgotten passageway in the British parliament constructed for the 1661 coronation of king Charles II has been rediscovered during renovation work, officials said Wednesday.

It was bricked up in 1807 and had not been accessed for more than 70 years, hidden behind a small wooden door that most people assumed contained an electricity cupboard.

The passage led out of Westminster Hall, the only building to survive a devastating fire in 1834 that destroyed the Houses of Commons and Lords.

It was created for the coronation banquet of king Charles in 1661, and 17th-century wooden timbers still run across the ceiling.

Senior political figures such as the diarist Samuel Pepys and Britain's first effective prime minister, Robert Walpole, would have likely used it.

"To think that this walkway has been used by so many important people over the centuries is incredible," House of Commons Speaker Lindsay Hoyle said.

The passage was reopened during the rebuilding of parliament after the fire, but closed again in 1851.

Graffiti left by the 19th century bricklayers remains on the walls, with one section reading: "This room was enclosed by Tom Porter who was very fond of Ould Ale (beer)."

Workmen dealing with bomb damage from World War II were the next to find the passage, and they installed an electric light and small access door.

But the door, in wood panelling in a cloister formerly used as offices by the Labour Party, had only a tiny brass keyhole and it was soon forgotten.

Historians took a closer look when renovation works began across the whole parliamentary estate in 2018, according to Liz Hallam Smith, a historical consultant on the project.

"As we looked at the panelling closely, we realised there was a tiny brass key-hole that no-one had really noticed before, believing it might just be an electricity cupboard," she said.

"Once a key was made for it, the panelling opened up like a door into this secret entrance."