Qandeel Baloch was strangled to death at her home in Multan in the Punjab province on July 15, 2016, in a chilling murder that sent shock waves across Pakistan. 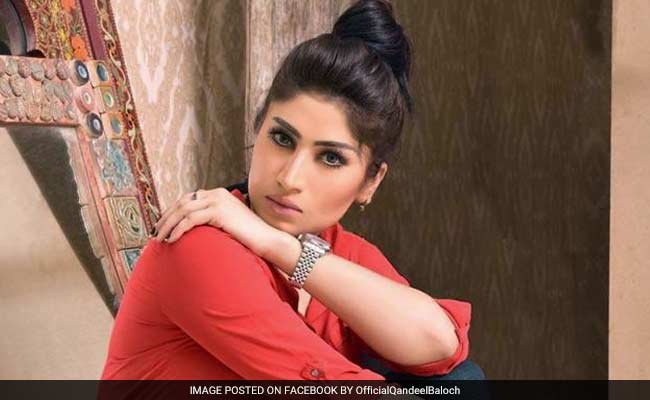 Pakistan's social media celebrity Qandeel Baloch's absconding brother, who was an accused in her gruesome murder, has been arrested with the help of Interpol and handed over to police in Pakistan's Punjab province, a senior police official has said.

Fouzia Azeem, better known as Qandeel, was strangled to death at her home in Multan in the Punjab province on July 15, 2016, in a chilling murder that sent shock waves across Pakistan, triggering an outpouring of grief on social media and igniting fierce debate over the prevalence of "honour killings" of women in the country.

Multan police on Saturday arrested Mohammad Arif with the help of Interpol and handed him over to Muzaffarabad police station in Multan, senior police official Mahar Bashir Hiraj told the Dawn newspaper.

Mohammad Arif had been declared an absconder in the murder case. His arrest comes after a Pakistani court on September 27 sentenced another brother of Qandeel Baloch, Muhammad Wasim, to life imprisonment for her murder.

Wasim confessed to the murder of his 26-year-old sister and said she had brought "disrepute" to the "family's honour" with her risque videos and statements posted on social media.

Qandeel Baloch had become famous for her bold social media pictures, videos and comments. But those posts in which she spoke of trying to change "the typical orthodox mindset" of people in Pakistan were considered outrageous by the largely conservative Pakistani community.

Described as Pakistan's Kim Kardashian, Qandeel Baloch built a modelling career on the back of her social media fame. She faced frequent backlash and death threats, but continued to post her pictures and videos.