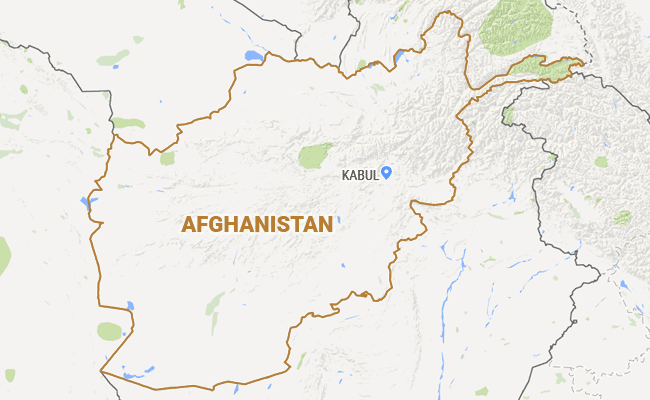 Kabul: A huge truck bomb tore through central Kabul today, killing 15 civilians and wounding 240 others in the first major attack in the Afghan capital since the announcement of Taliban leader Mullah Omar's death.

No group immediately claimed responsibility for the attack, which came as the Taliban steps up their summer offensive despite a bitter power transition within the militant movement.

A truck packed with explosives detonated just after midnight near an army base in the neighbourhood of Shah Shaheed, rattling homes across the city, ripping off the facades of buildings and leaving scattered piles of rubble.

The force of the explosion created an enormous crater in the road, around 10 metres (30 feet) deep, and destroyed the boundary wall of the base, although no military casualties were reported.

"The death toll from the early Friday attack... has risen to 15," deputy presidential spokesman Sayed Zafar Hashemi told AFP, adding that "more than 240 people have been wounded".

The health ministry said the number of wounded could run even higher, with most suffering injuries from flying glass.

"The killed and wounded include women and children, and labourers of a nearby marble stone company are among the victims. The attack was intended to cause mass murder," he said.

Soldiers erected a security cordon around the military base close to Shah Shaheed, a largely middle-class civilian residential area with no major foreign presence.

The wounded were overwhelming city hospitals, officials said, with reports emerging of blood shortages and urgent appeals for donors circulating on social media.

The carnage comes a day after Taliban insurgents killed nine people in multiple attacks on police targets, including a truck bombing in the volatile eastern province of Logar.

The attacks highlight growing insecurity in the country amid a faltering peace process with the Taliban as Afghan forces face their first summer fighting season without full NATO support.

The NATO mission in Afghanistan condemned Friday's bombing as a "contemptible act of violence".

Taliban spokesman Zabihullah Mujahid told AFP he was "unaware" of the Kabul bombing. The militants are known to distance themselves from attacks that result in a large number of civilian casualties.

A UN report published Wednesday said civilian casualties in Afghanistan hit a record high in the first half of 2015.

The report said 1,592 civilians were killed, a six percent fall from last year, but the number of injured jumped four percent to 3,329.

Overall, casualties reached their highest level since the UN began issuing its authoritative reports in 2009.

The statistics are a grim indicator of the expanding insurgency, with Afghan forces increasingly battling the militants on their own after NATO's combat mission ended in December.

The Taliban face growing internal divisions after Mullah Akhtar Mansour was announced as the new head of the insurgent movement last week.

This came shortly after the Taliban's confirmation of the death of Mullah Omar, who led the militant movement for some 20 years.

The escalating violence demonstrates Mullah Mansour's attempt to boost his image among Taliban cadres and drive attention away from internal divisions over his leadership, observers say.

"Such tactics have been painfully common in the past. The Afghan government should try to take advantage of a divided and fragmented Taliban."

But the acrimonious power struggle has cast a pall over a fragile peace process aimed at ending Afghanistan's long war.

The Taliban have distanced themselves from the second round of talks that were scheduled for last week, but were cancelled after the announcement of Omar's death.
Comments
TalibanNorth Atlantic Treaty OrganizationMullah OmarKabulBombing in Kabul