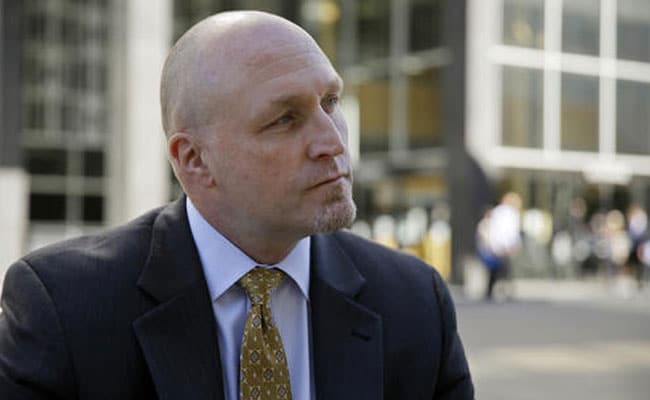 Jack Bennett is now in charge of the agency's San Francisco division.

SAN FRANCISCO: Special Agent Jack Bennett was at the FBI's computer investigation lab in Quantico, Virginia, on a Sunday in March when an outside company showed the bureau how it could hack into an iPhone used by one of the San Bernardino shooters.

The tool would end the FBI's high-profile fight with Apple over access to the phone, but Bennett said there was no celebration.

"There wasn't high fives, and there weren't people singing down the hallways," he recalled. "It was very much business. 'OK, let's move forward to the next steps. Let's get on the phone. What do we need to do to purchase the tool?'"

The iPhone fight exposed a rift between the FBI and Silicon Valley technology companies over encryption, and sparked a debate about the right balance between privacy and national security. Bennett, 52, was a key figure in that battle as head of the bureau's digital forensics labs, which extract evidence from computers and other devices and were tasked with accessing the San Bernardino shooter's phone.

Bennett is now in charge of the agency's San Francisco division, where he views his role, in part, as trying to bridge the divide between Silicon Valley and the FBI.

He took over as special agent in charge of San Francisco in May after nearly 30 years in law enforcement. He started his career as a narcotics investigator with the Georgia Bureau of Investigation and did a stint with the US Drug Enforcement Administration eradicating cocaine smuggling operations in South America.

He has investigated child sex crimes and animal rights extremists for the FBI and previously served as an assistant special agent in San Francisco.

"The US government sometimes loses sight of what is important to corporations ... and privacy is incredibly important," Bennett said during a recent interview at his office, where a Thompson submachine gun like the type used by agents in the 1930s sits in a glass display case on a coffee table.

Still, he was unapologetic about the bureau's desire to access the phone.

"We were pretty surprised that this turned in such a way that it became this national debate," Bennett said. "It was never intended to be. ... We were trying to get on one phone because we had 14 murdered people."

The fight between Apple Inc. and the FBI centered on the work-issued iPhone 5c of Syed Rizwan Farook, who with his wife killed 14 people at a 2015 holiday gathering of county workers. The U.S. Justice Department demanded that Apple create software to bypass security features on the phone.

Apple CEO Tim Cook said the FBI was asking his company to create a "back door" that could be used to unlock other phones, exposing customer data. Agreeing to the FBI's demand would set a dangerous precedent that could lead to other calls for Apple's help to obtain private information, Cook said.

Apple vowed to fight a judge's order granting the FBI's request. It received support from technology giants including Google, Facebook and Microsoft, which warned in a court brief on Apple's behalf that the order would undermine the security of the country's most sensitive data.

The two sides were gearing up for a court battle when the Justice Department announced in March that it potentially found a way to get into the phone without Apple's help. The Associated Press and two other news organizations sued the FBI in September to learn who the government paid and how much it spent to hack into the phone.

Bennett declined to say who helped the FBI, though he said the business was among a number of US and international companies that approached the bureau with potential solutions. FBI Director James Comey has hinted that the agency paid more than $1 million for the tool.

Investigators found nothing of significant value on the phone, Bennett said.

He disputed that the FBI was asking Apple for a tool that could access other iPhones, calling it a "one-shot deal."

Bennett's desire to build a stronger relationship with Silicon Valley companies is laudable, but the two sides might never agree about encryption, said Denelle Dixon-Thayer, chief legal and business officer at Mozilla, which makes the Firefox web browser.

"We can still have some healthy tension," she said. "I think that's positive."

Ted Schlein, a venture capitalist with Kleiner Perkins who invests in computer security firms, said Bennett's technology background could help the bureau make better decisions about what to ask of Silicon Valley companies and how to get their help.

Bennett acknowledged technology firms and the FBI might continue to disagree over data access, but said the need for dialogue will remain.

"There are absolute, good reasons why companies have concerns about cooperating with the FBI. But there are also opportunities we should be able to talk to each other," Bennett said.

"What's comfortable for a private corporation that will still provide an investigator the ability to stop or prevent a terrorist attack, a missing child or a national security incident?"

(This story has not been edited by NDTV staff and is auto-generated from a syndicated feed.)
Comments
Jack BennettFBI's computerSan Bernardino shooters

Interested In Diplomacy But Not In Negotiating With US: Iran's Foreign Minister