The $500 billion NEOM business zone aimed at diversifying the economy of the world's top oil exporter. 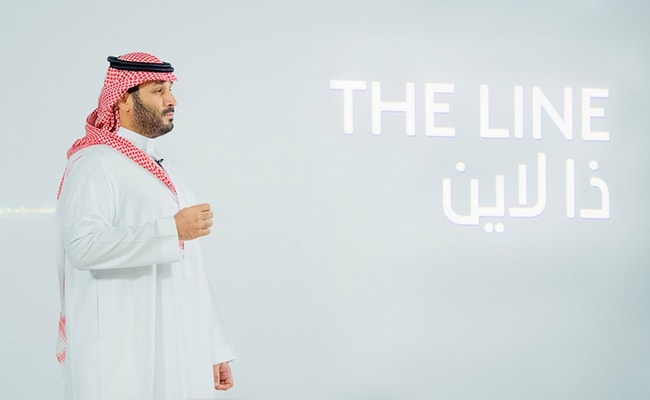 The kingdom's sovereign wealth fund, the Public Investment Fund, is the cornerstone investor in NEOM

The zero-carbon city that Saudi Arabia plans to build at NEOM will vertically layer homes, offices, public parks and schools within a mirrored facade stretching over 170 km (150 miles), the crown prince said on Monday in remarks carried by state media.

The city, 200 metres wide and running on "100% renewable energy," will also include a high-speed rail with an end-to-end transit of 20 minutes. It will eventually accommodate 9 million residents, state news agency SPA cited him as saying.

"The city's vertically layered communities will challenge the traditional flat, horizontal cities," the prince said. "The designs of The Line embody how urban communities will be in the future in an environment free from roads, cars and emissions."

The prince had said last year that the project's infrastructure would cost $100 billion to $200 billion. SPA did not provide any updated figures.

The kingdom's sovereign wealth fund, the Public Investment Fund, is the cornerstone investor in NEOM, a 26,500-square-km (10,230-square-mile) high-tech development on the Red Sea with several zones, including an industrial and logistics areas, planned for completion in 2025.