The incident is detailed in the latest release from the Margaret Thatcher Archive Trust, which is overseeing the gradual publication of the former leader's private files, the BBC said in a report on Saturday. 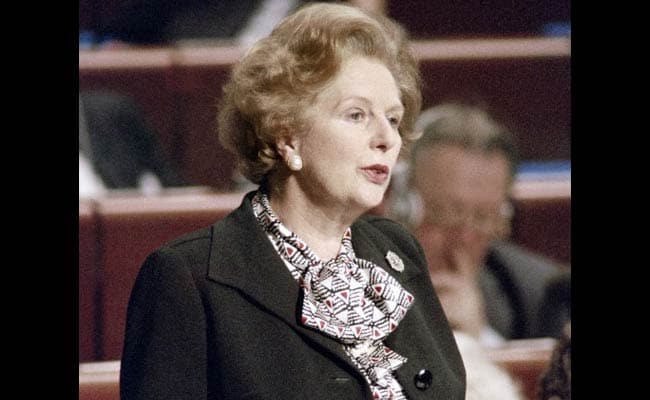 Late UK Prime Minister Margaret Thatcher had named some of her outfits after other world leaders, including Soviet leader Mikhail Gorbachev and former US President Ronald Reagan, newly released documents have revealed.

The incident is detailed in the latest release from the Margaret Thatcher Archive Trust, which is overseeing the gradual publication of the former leader's private files, the BBC said in a report on Saturday.

Files have revealed that Thatcher, the UK's first female Prime Minister, named more outfits after Gorbachev, the eighth and last leader of the erstwhile Soviet Union, than any other leader, followed by Reagan.

An entry from her private diary records that she wore her "Pink Chanel Gorbachev" during a visit to the Granada Television Studios in Manchester in January 1990.

Eight months before, she had worn the same dress when she hosted Gorbachev in London.

Chris Collins, from the Margaret Thatcher Archive Trust, said that "only certain men" received the accolade of having an outfit named after them.

He noted, for example, that Thatcher chose to name a dress she wore when she met French President Francois Mitterrand after Waddesdon Manor, the Buckingham country house where the meeting took place.

When she met President George H.W. Bush in 1990, she was recorded as wearing her "Black Dull Suit".

The former Prime Minister's christening of her wardrobe was not limited to foreign leaders she admired, the BBC report said.

BBC broadcaster Terry Wogan, who interviewed Thatcher in January 1990, had several outfits named after him including a "Wogan Long" and a "Wogan Short".

Another entry from 1990 details that she wore her "Wogan Burgundy" to the Bank of England.