Donald Trump, US President, Says 'We Will Get The Job Done': Highlights 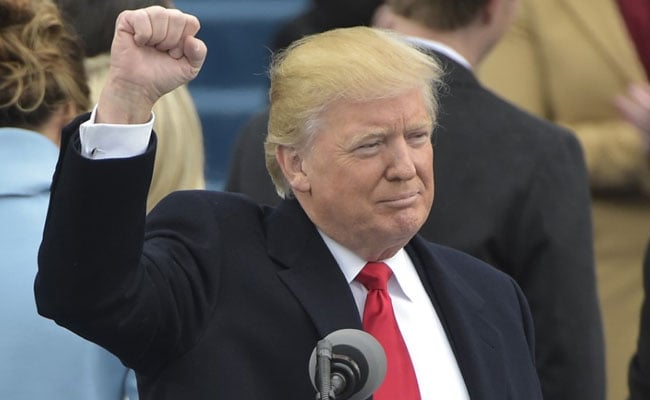 Washington: Donald Trump has taken oath as the 45th president of the United States of America before a crowd comprising of lakhs of people, including many protesters. Trump, 70, was sworn in outside the domed US Capitol by Chief Justice John Roberts, using two books - the Bible given to him by his mother and the other, the one used by Abraham Lincoln to take oath 156 years ago, in 1861. With Donald Trump's swearing-in, Republicans now have control of both the White House and Congress for the first time since 2006. However, in a sign of deep divisions that Donald Trump sowed during his combative campaign, dozens of Democratic lawmakers boycotted the swearing-in ceremony on Capitol Hill. Mr Trump, the wealthy New York businessman and former reality TV star, is now delivering his inaugural address as the new US President from the steps of the Capitol. Following are the highlights of Mr Trump's address:
Promoted
Listen to the latest songs, only on JioSaavn.com