Japanese prosecutors issued an arrest warrant against Carols Ghosn's wife for alleged perjury, as officials stepped up efforts to bring the fugitive back to face trial on financial misconduct charges. 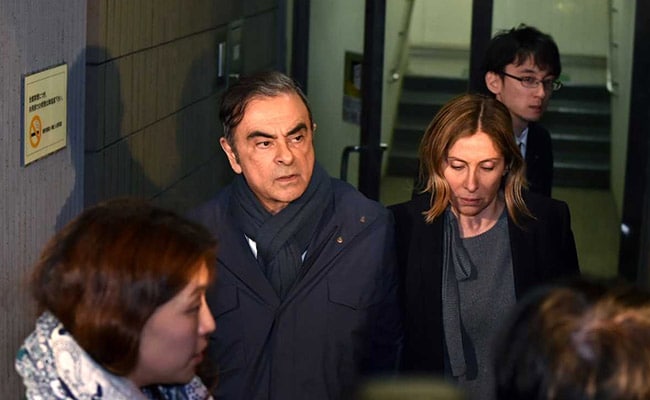 If the notice is issued for his wife, Carole, the couple's travel chances outside of Lebanon may be restricted, Mainichi newspaper said. Interpol has already issued an arrest warrant for Ghosn.

The request from Japan was made on Thursday, Mainichi and other Japanese media said, quoting unnamed sources.

Japanese prosecutors on Tuesday issued an arrest warrant against Ghosn's wife for alleged perjury, as officials stepped up efforts to bring the fugitive car industry boss back to face trial on financial misconduct charges.

Ghosn, the former Nissan and Renault chairman, fled Japan to Lebanon, his childhood home, last month as he awaited trial on charges of under-reporting earnings, breach of trust and misappropriation of company funds, all of which he denies.

His dramatic escape has raised tensions between Japan and Lebanon, where Ghosn slammed the Japanese justice system at a two-hour news conference on Wednesday, prompting Japan's Justice Minister to launch a rare and forceful public response.

Lebanon, which has no extradition agreement with Japan, may lift a travel ban on Carlos Ghosn if files pertaining to his case do not arrive from Japan within 40 days, caretaker justice minister Albert Serhan said in a statement on Friday.

(Except for the headline, this story has not been edited by NDTV staff and is published from a syndicated feed.)
Comments
Carols GhosnNissanLebanon

China To Waive Tariffs On US Medical Imports Amid Virus Outbreak