"Not Going To Die In This Pulpit": High-Profile US Pastor Announces Sabbatical

Wesley has been pastor of the historic Alfred Street Baptist Church in Alexandria, Virginia, for the past 11 years, leading four services every weekend, averaging 4,500 in attendance and 50,000 viewers online. 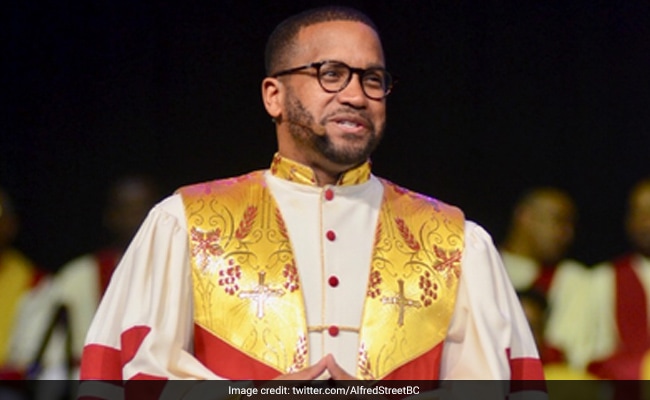 Wesley has been pastor of the historic church in Alexandria for the past 11 years. (Twitter)

After 30 years of preaching more than 5,000 sermons, the Rev. Howard-John Wesley stood in front of his congregation in early December and admitted he needed a break. In an address to his congregation that was shared widely this week on social media by others in ministry, Wesley made his admission to his congregation: "I am tired in my soul."

Wesley has been pastor of the historic Alfred Street Baptist Church in Alexandria, Virginia, for the past 11 years, leading four services every weekend, averaging 4,500 in attendance and 50,000 viewers online.

"There's a weight a pastor bears in their soul and their emotions that is inescapable," he said. "There's not been a day in these past 11 years that I have not woken up and knew that there's something I had to do for the church, that I have to be available for a call, that I journey with people through the highs and the lows of life, through the great moments of celebration and in the valley of death."

He said he has been on call 24 hours a day, seven days a week, but will be on sabbatical from Jan. 1 to April 12, returning on Easter.

"I wrestle with God, and it leaves me tired," he said in preparation for his sermons. He estimated that he has preached at least 5,000 times, including in front of Barack and Michelle Obama, who attended his church on some Easter Sundays.

"How many Sundays of four worship services do I have?" he said. "It leaves me tired. And a nap ain't going to fix it."

In recent years, other high-profile pastors have admitted to burnout and depression. This year, California megachurch pastor Jarrid Wilson, who was a prominent advocate for mental health outreach, died by suicide. His death prompted evangelicals to hold a summit at Wheaton College last week where leaders such as megachurch pastor Rick Warren shared their experiences with mental health issues.

Pastors are facing newer challenges than they did decades ago that may lead some to work past their limits. Smartphones and social media have made many clergy quickly accessible to congregants, many churches face shrinking numbers and can't afford a full-time pastor, and many lay leaders are less available in the era of two-income households and side-hustle jobs.

A fourth-generation Baptist preacher, Wesley said he's not burned out and that's he's still excited about the job, but that he's tired and needs "an intermission."

"I feel so distant from God," he said. "One of the greatest mistakes of pastoring is to think that because you work for God, you're close to God."

Wesley noted how when he tells people he's going on sabbatical, they want to know what he's going to do.

"I believe in boundaries, and some of my personal life is none of your business," he said to shouts of "Amen."

In an interview, he said he'll be "in beaches and in woods" but declined to say where. He will turn his phone off for several hours at a time, he said, except to check on his teenage sons.

He said he has some spiritual goals while he is away.

"I want to read the Bible from Genesis to Revelation without trying to write a sermon," he said. "I want to travel and go sit in the back of somebody's church and hear the word of God and not be worried about what time we got to get out for the next crowd."

Preaching at four services now, he said he wants to attend only one service while he's away.

"After church, I want to experience this miraculous phenomenon you talk about called brunch," he said. "I want to know what a mimosa tastes like on Sunday."

At 47, Wesley said he has physical goals he wants to meet while he's away.

Many black preachers are in bad physical condition, he noted. He said when he had his annual physical this year, his doctor told him, "Your numbers are pointing in the wrong direction."

"I ain't going to die in this pulpit," he told his congregants. "You're not going to roll me out of here in a wheelchair. . . . I've got life to live. I've got golf courses to play."

He said in an interview that he is hoping to sleep eight hours a day instead of four or five. He plans to shift to a plant-based diet, somewhere between vegan and pescatarian, working out five to six days a week.

"When I started, I was working seven days a week, A member of the church at the time - an older lady - said, 'Why do you work every day?' I said, 'The devil doesn't take a day off.' She said, 'Why is the devil your role model?' " he said. "Jesus models that we need to rest."

Some of the challenges Wesley faces are not unique or new to pastors across the nation. But expectations for black pastors are especially high, said Nichole Phillips, director of Black Church Studies at Emory's School of Theology. Wesley led community protest marches against the New York grand jury's 2014 decision not to indict an NYPD officer whose chokehold led to the death of Eric Garner.

A Duke University study in 2007 found that 85 percent of seminary graduates leave ministry within five years, and only 1 in 10 retire as a pastor. To combat clergy burnout, the Lilly Endowment, a foundation based in Indianapolis, has awarded thousands of dollars in grants under the National Clergy Renewal Program so churches can give pastors sabbaticals.

Some people are critical of sabbaticals because they are not available in many other workplace settings, said David Mellott, president of Christian Theological Seminary in Indianapolis, which administers the program.

"Pastoring churches has gotten more complicated," he said. "In his position, it's like a chief executive as much as it is a head pastor. Even in smaller churches, pastors are faced with a variety of issues around church survival."

The challenges Wesley faces are common among pastors, but his address was unique in how he shared his feelings.

"Strong leaders know that being vulnerable is a sign of strength, not a sign of weakness," he said. "He was clear about drawing clear boundaries."

There's an emphasis right now among many churches to find charismatic leaders who can manage multimillion-dollar budgets, said Alex Johnson, who has been a pastor for 12 years in Renton, Washington, and is researching pastoral failure and restoration for a PhD.

"There is a real addiction of the approval that comes from being a pastor," he said. "I don't think one person is capable of fulfilling all these roles people have in their heads for them."

(Except for the headline, this story has not been edited by NDTV staff and is published from a syndicated feed.)
Comments
Howard-John WesleyVirginiaUnited States