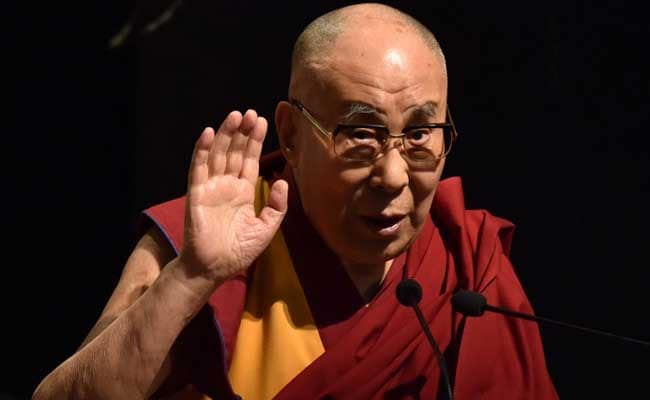 The Dalai Lama fled from Tibet in 1959 and has lived in India in exile since then.

Beijing: China said the Dalai Lama fled to India from Tibet in 1959 after a "failed armed rebellion", rejecting his remarks that he had no other option but to escape due to increased Chinese military action.

"As it is known to all, the 14th Dalai Lama is an anti-China separatist who have long lived in exile following a failed armed rebellion by the reactionary group of high-ranking feudal serf-owners in Tibet in March 1959," the Chinese Foreign Ministry said yesterday reacting to his comments.

"His remarks which serve his anti-China separatist purpose have no trace of facts at all," the Ministry told PTI in a written response to a query about his comments.

About his stay in India, the Ministry said, "the Chinese government is resolutely opposed to any country's support and facilitation for the 14th Dalai group's anti-China separatist activities".

The 81-year-old Tibetan spiritual leader recalled, on Saturday, during his visit to Assam that "On March 10, 1959, there were huge demonstrations in Lhasa", the Tibetan region's capital.

"Chinese military action also increased. I had no option but to escape. On March 17, I fled."

He said the warm-hearted welcome he received on his arrival at Tawang in Arunachal Pradesh 58 years ago was a "moment of freedom" for him.

Chinese troops entered Tibet in October 1950 overcoming the resistance from the Tibetan army and later the Chinese control over the area was formalised in 1951.

The Dalai Lama fled from Tibet in 1959 and lived in India in exile since then.

For the third time in recent weeks, China warned India last Friday the Dalai Lama's to Arunachal Pradesh, which Beijing claims as part of Tibet, will cause "serious damage" to bilateral ties.