COVID-19 Outbreak: Health ministry spokesman Kianoush Jahanpour said at a news briefing that 117 more people had died from the coronavirus over the past 24 hours and 3,186 new cases had been confirmed. 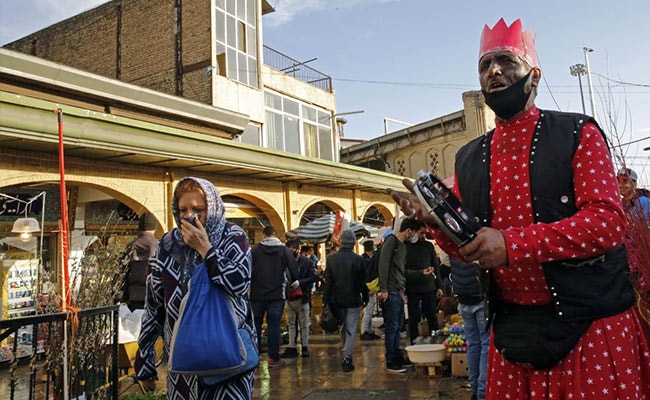 The coronavirus crisis has been spreading exponentially around the world

Iran's official coronavirus death count reached 2,757 on Monday and the number of infections crossed 40,000, as President Hassan Rouhani's political opponents slammed his response to the outbreak.

Iran is one of the countries worst hit by the coronavirus, which originated in China.

Iran has been scrambling to contain COVID-19's spread since it reported its first cases on February 19.

After weeks of refraining from imposing lockdown or quarantine measures, Tehran decided Wednesday to ban all intercity travel until at least April 8, but some in the establishment have argued it is too little, too late.

Health ministry spokesman Kianoush Jahanpour said at a daily news briefing that 117 more people had died from the coronavirus over the past 24 hours and 3,186 new cases had been confirmed.

According to Kianoush Jahanpour, 13,911 of those hospitalised because of the virus have recovered, while 3,511 are in a critical condition.

There is no official lockdown in Iran's cities although the government has repeatedly urged Iranians to stay home to contain the spread of the virus.

"Coronavirus could have been more quickly contained, if the health ministry's expert opinion regarding implementing social distancing and social limitations was considered sooner," Iran's judiciary chief Ebrahim Raisi was quoted by ISNA news agency as saying.

Ebrahim Raisi, an ultra-conservative who ran against Hassan Rouhani in the 2017 presidential election, added that "time is of the essence" and that people started "cooperating" only after authorities appeared serious.

Mohammad Bagher Ghalibaf, a veteran conservative and recent MP-elect who also stood against Hassan Rouhani, said that the current administration is mishandling the situation.

On Twitter, he said the government's "inefficient management" pattern has become evident during the outbreak through "ignoring reality, unjustified optimism, sessions once per week and not utilising people's potential".

He accused Hassan Rouhani of "worsening crises, and then asking for help and putting the blame on others".

The wave of criticism came after Rouhani called on those "who might become officials in a month or two" to assist the outbreak response, indirectly pointing to Ghalibaf who is yet to enter parliament.