China's Biggest Casinos Use Artificial Intelligence To Spot Who Will Lose

This embrace of high-tech surveillance comes as casino operators jostle for growth in a slowing industry that's under pressure globally from economic headwinds and regulatory scrutiny. 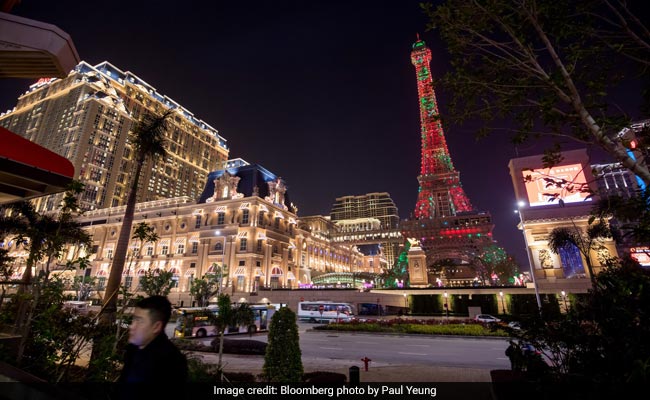 Some of the world's biggest casino operators in Macau, the Chinese territory that's the epicenter of global gaming, are starting to deploy digitally-enabled poker chips and baccarat tables, hidden cameras and facial recognition technology to track which of their millions of customers are likely to lose the most money.

The new technology uses algorithms that process the way customers behave at the betting table to determine their appetite for risk. In general, the higher the risk appetite, the more a gambler stands to lose and the more profit a casino tends to make, sometimes up to 10 times more.

This embrace of high-tech surveillance comes as casino operators jostle for growth in a slowing industry that's under pressure globally from economic headwinds and regulatory scrutiny. In the world's biggest gaming hub, where expansion is reaching its limits, two casino operators -- the Macau units of Las Vegas Sands Corp. and MGM Resorts International -- have already started to deploy some of these technologies on hundreds of their tables, according to people familiar with the matter. Sands plans to extend them to an additional more-than 1,000 tables, said the people.

Three others, Wynn Macau, Galaxy Entertainment Group and Melco Resorts & Entertainment, are in discussions with suppliers about also deploying the technology, according to the people, who asked not to be identified because they're not authorized to speak publicly about the plans.

Macau junket operator Suncity Group Holdings, which is building a casino in Vietnam, said it is planning to deploy a system where RFID technology -- which uses radio frequencies to attach tags to objects -- is installed on chips and tables, storing data on players.

The gambling giants are motivated by the challenge of maximizing profits from the growing Chinese middle class, who stream into Macau en masse as it's the only place in Greater China where gambling is legal. More than 3 million people visit the territory every month, from wealthy and focused bettors, to families on short trips with grandparents and kids in tow. The advanced-surveillance technologies give casinos a way of easily separating who might become serious gamblers from those just having a fun weekend.

It's not unusual for casinos to have surveillance cameras for security and to detect cheating, with Las Vegas operators utilizing RFID-enabled chips that they can disable if they're stolen out of the casino. But these new technologies go a step further in tracking and rating every customer, building up a treasure trove of data. 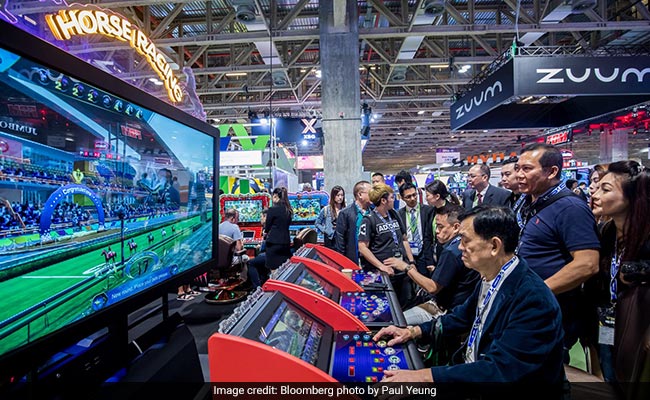 The gambling giants are motivated by the challenge of maximizing profits from the growing Chinese middle class, who stream into Macau en masse as it's the only place in Greater China where gambling is legal.

Sands China, the Macau arm of the world's largest casino company, recently received approval from the territory's gaming regulator to deploy the technologies, said the people. One supplier, Regensburg, Germany-based Dallmeier Electronic, worked with casinos to re-design cameras so they could be embedded into columns and not visible to customers, said EP Smit, the company's senior enterprise solutions manager.

Representatives for MGM, Galaxy Entertainment, Sands and Wynn didn't respond to requests for comment, while a spokesperson for Melco declined to comment on business matters that aren't public. Macau's regulator, the Gaming Inspection and Coordination Bureau, didn't respond to emails and calls seeking comment.

In a recent product demonstration at a Macau industry conference by Walker Digital Table Systems -- a Las Vegas-based company peddling technology to invisibly track chips, wagers and game outcomes -- its vice president of Asia operations, John Orth, assured a potential buyer: "Your customers don't even realize they are being tracked."

The ability to identify customers with the potential to bet -- and lose -- big means that operators can offer special attention and targeted perks to keep them gambling. In Dallmeier's system, facial recognition alerts floor managers once a high-value customer walks into the casino or sits down at a table, allowing them to immediately dispatch staff to the customer's side.

"Those who can afford to lose, those who play even more when losing money, we can for sure offer them a free meal," Andrew Lo, executive director of junket operator Suncity's listed arm, said in an interview. Suncity will use Walker Digital's technology at its new casino in Hoi An, Vietnam.

While the companies differ somewhat in the technology that they offer, the general set-up is this: gamblers' betting behavior is tracked through high-resolution cameras and RFID-enabled poker chips and tables, with the intelligence gleaned flowing back into a centralized database where a risk profile of the individual is then created.

The system can track individual gamblers down to how often they take "side bets" on a baccarat table -- a bet on very unlikely events like a tie, which have higher risks and higher returns. Gamblers who favor side bets can mathematically yield around 10 times the profit for a casino compared to a gambler with an average risk appetite.

The technology can also help detect any dealer and player collusion, preventing fraud, and it can track the speed and accuracy of dealers, doubling as a performance management tool.

Ultimately, casino operators can rate each player with a combination of metrics they can tailor, such as the total time a player has spent in casinos, their betting volume, risk appetite, win/loss ratio, remaining chips, past dishonest behavior and net worth.

Operators themselves are wrestling with the implications of this advanced surveillance. In their discussions on whether to proceed with implementing the technology, senior management at Galaxy Entertainment voiced concerns at an internal meeting that high-spending customers probably wouldn't want to be watched, according to a person familiar with the matter.

They were also concerned that government and law enforcement authorities may want access to data that's collected, the person said.

A representative for Galaxy Entertainment didn't respond to calls and emails requesting comment.

The speed with which Macau-based casinos are racing to implement the new technology speaks to a greater ease with data collection and sharing among Chinese consumers compared to those in Europe or the U.S. Chinese tech companies are at the global forefront of using consumer data for everything from designing new products to expanding health insurance. China's government also has a nationwide network of surveillance cameras that utilize facial recognition.

"This new technology certainly has the potential to infringe the law as it expands the scope of players whose breadth and range of activities would now be tracked," said Ben Lee, a Macau-based managing partner at Asian gaming consultancy IGamiX. He noted that sending collected data to casino company offices offshore for analysis could be breaking the law.

Suncity's Lo said consumers are used to being tracked. "I think customers expect that their bets are being watched, it's just whether the casino operator knows how to make use of the data," he said.

"Facial recognition is very mature in China: border customs has it, banks will soon have it, it's a trend," Lo said. "If you're afraid of this, then you're very likely a criminal and casinos won't do business with you anyway."