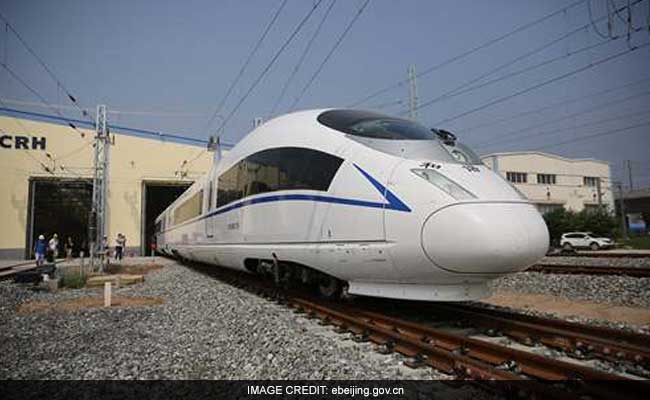 China will run the world's fastest train on the Zhengzhou-Xuzhou high-speed corridor.

Beijing, China: The world's fastest train with the maximum speed of 380 km per hour will be launched in China next month.

After the new train is launched, the travel time between Zhengzhou, Central China's Henan province, and Xuzhou, East China's Jiangsu province, will be shortened from 2-hour 33-minute to about 80-minute.

Compared to the last generation bullet train, the new train's continuous operating speed has increased 50 km per hour to 350 km per hour, and the highest speed is 400 km per hour in testing phase.

In future, the new generation train will be mainly used to ferry passengers in China.

China has built about 16,000 kms of his speed train tracks connecting most of its top cities including the Beijing-Shanghai train which made a billion-dollar profit last year.

More lines are being constructed as the government tries to bolster the economy with infrastructure investment and make travel more convenient.