Apple Fires Contractors Who Heard Siri Recordings Including Those Of Sex: Report

The contractors regularly heard drug deals, sensitive business deals and even recordings of people having sex picked up by Apple's digital assistant. 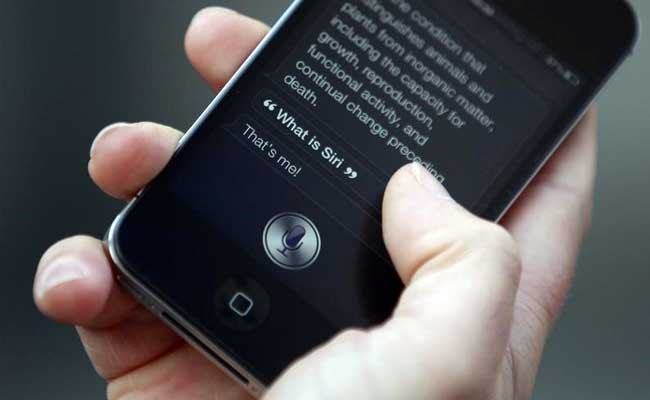 The contractors had the job of listening to, grading recordings by Apple's Siri.

Taking a tough stand against contractors who listened to over 1,000 Siri recordings per shift including people having sex, Apple has reportedly laid off 300 contractors in Cork, Ireland.

According to a report in Engadget quoting the Guardian on Wednesday, after suspending the Siri "grading" programme last month, the Cupertino-based iPhone maker Apple has decided to terminate it.

"More contractors throughout Europe may have been let go", said the report.

An earlier report in Irish Examiner said that contractors in the city of Cork listened to over 1,000 Siri recordings per shift before Apple suspended the programme last month.

They regularly heard drug deals, sensitive business deals and even recordings of people having sex picked up by Apple's digital assistant.

The contractors had the job of listening to and grading recordings by Apple's virtual assistant Siri. The employee said that the details of each Siri user were kept anonymous.

"They (the recordings) were about a few seconds long, occasionally we would hear personal data or snippets of conversations but mostly it would be Siri commands," the employee was quoted as saying.

The details were revealed after a whistleblower last month told the Guardian that Apple contractors worldwide regularly heard users' conversations.

Apple users had no prior knowledge that their Siri recordings were listened to.

After details of the practice came to light, Apple suspended transcription and grading work on Siri recordings last month.

"Apple is committed to customer privacy and made the decision to suspend Siri grading while we conduct a thorough review of our processes.

"We're working closely with our partners as we do this to ensure the best possible outcome for our suppliers, their employees and our customers around the world," a spokesperson for Apple was quoted as saying by the Irish Examiner.

(Except for the headline, this story has not been edited by NDTV staff and is published from a syndicated feed.)
Comments
SiriSex